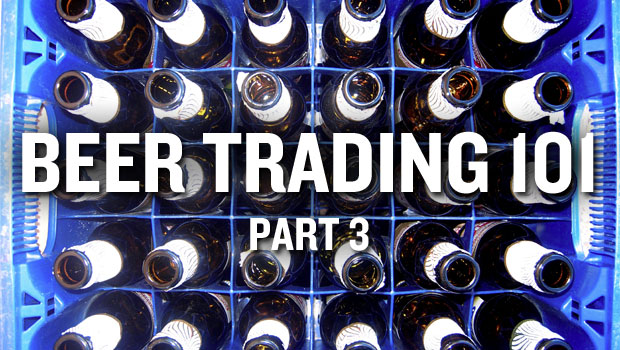 My Name is Keith and I’m a Beer Trading Addict. Part 3

This is part 3 of 3 from our series on Beer Trading.

I hope you have started trading some locals with a established trader or two. If you are still feeling hesitant, you might try reaching out to a beer buddy in another part of the county. This is a great way to get your feet wet and learn the ropes about packing and shipping. You’ll probably score some great beers as well! 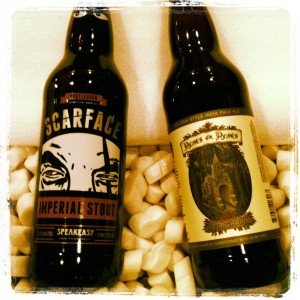 It took me a while to ask about trading, but I have a friend in Portland OR who is an even bigger beer geek than me. He has access to great west coast brews, and I have access to favorites he left behind when he moved years ago. He was really excited about my proposition to trade, and I was a bit surprised to find out he knew little to nothing about beer trading. We quickly hatched a plan to send each other a box about once a month. We have no designated rules, other than sending the best beer we can. If one of us feels we shorted the other we hook them up with a little something extra special next month. Unlike a normal beer trade there is no haggling back and forth about dollar amounts and what beers we will send. (I’ll admit I did request a bottle of Firestone Walker Parabola as it was released recently, and I would happily seek out a specific beer for him) I guess we are beer gifting instead of beer trading. 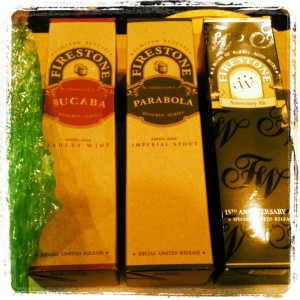 As excited as I get to recieve his boxes (the first one was rocking some amazing Hair of the Dog and Russian River beers) I get more excited about what I am going to send to him. This arrangement has sparked some great beer conversations, and I find myself learning new things about beer from my friend all the time. One of the great things about the craft beer community is its generosity, so reach out to a friend and start sharing your favorite beer!