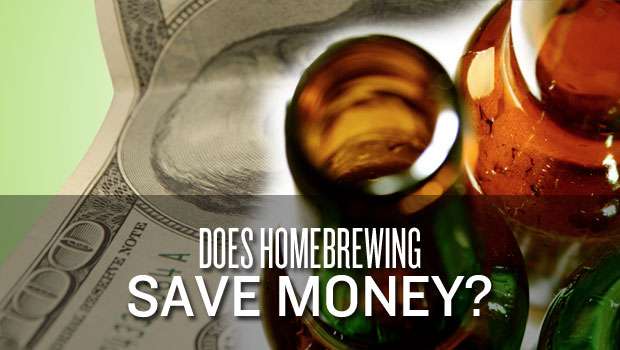 On the Financial Aspects of Homebrewing

Does homebrewing save money? A recent article on Mint.com detailed the author’s financial perspective on whether homebrewing was a financially sound method to save money versus buying beer at retail.  Her basic thesis:

The Conclusion
Her conclusion is that brewing your own beer only saves you $62 a year. Due to the time investment, it isn’t worth the work for the potential savings.

The Reality
I have no qualms with the author’s year one homebrewing numbers. However, there are a couple of things wrong with this assessment. The most obvious one is that you don’t need to re-buy your startup materials, so subsequent years of homebrewing save an additional $100. The second problem is with the idea that someone who loves beer only spends $7/week on their hobby. Craft beer six packs are often over $10. 22 oz or 750mL bottles are often $15 or higher. Homebrewing allows you to make beer of near-equal quality, tailored exactly to your palette for far, far less per week.

My Conclusion
I don’t know of anyone that started brewing their own beer to save money. It’s a hobby, a passion and for many people, a gateway to a new career. Ultimately, I share the author’s final assessment. NO, you should not brew beer to save money. You should do it because you want to learn about something you’re passionate about, express your creativity, start a new hobby or share with friends. That kind of value isn’t measured in dollars and cents.