Growing Up in Homebrew: Part 1 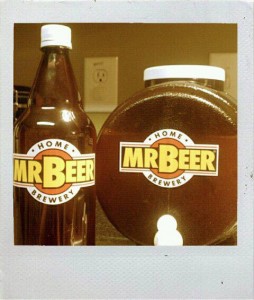 My homebrewing experience started the most popular way, statistically, with Mr. Beer. My mother-in-law bought me my first kit for Christmas in 2010 and I started brewing almost immediately. Five weeks and one cold beer later I was hooked. I brewed 26 two-gallon batches that first year and the styles ranged from a Pale Ale to a Russian Imperial Stout. 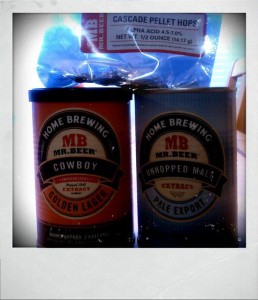 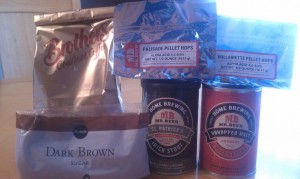 Mr. Beer does a good job at making it easy and quick to brew and the resulting beer is not bad either. They sell four different kit levels ranging from Standard to Brewmaster Select. Initially, I received a Premium Gold kit. It included the fermenter, two standard batches and eight 1-liter bottles. Each kit also includes a solution to sanitize everything. Once everything is sanitized, you dissolve the Mr. Beer “Booster Pack” (this is now gone in the current standard recipes which is a great improvement) in water and bring it to a boil. From there, you remove it from the heat and then add the can of liquid extract and pour it into nearly two-gallons of cold water. Stir and then add yeast. This process usually takes less than 90-minutes. After two weeks in the fermenter, sugar is added to each bottle, along with the beer. Let these sit for 2-3 weeks to carbonate and then put them in the fridge. 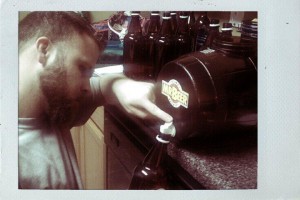 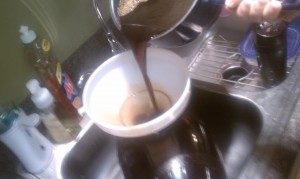 I got hooked on this. I had to get a second Premium Gold kit and I purchased (and thankfully received as gifts) just about every recipe I ever wanted to try. I was usually brewing every other week and bottling on the off weeks. It was not long before I needed another refrigerator to hold my hobby. Possibly the best part for me was that I learned a lot about what goes on during the brewing process, what goes into producing beer in general and some different techniques to control specific variables in the beer making world.

I have brewed 11 batches this year and although I am now brewing all grain batches (soon to be described in Growing Up in Homebrew: Part 2), I plan on brewing this way every so often to keep a full fridge of homebrew.