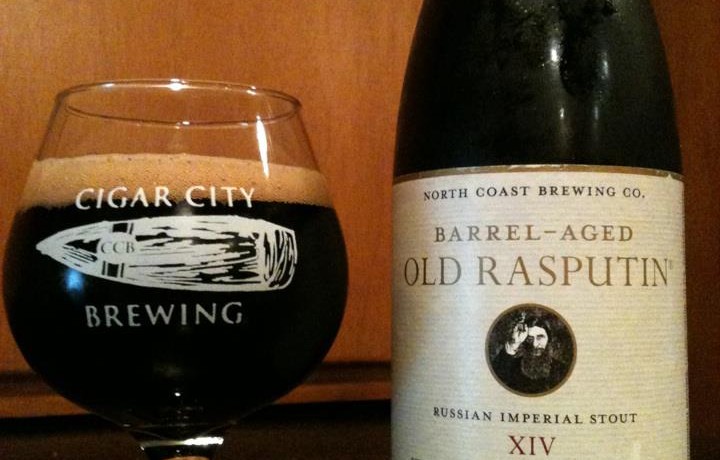 Take Old Rasputin and age it in bourbon barrels, then you have North Coast Old Rasputin XIV! North Coast releases this barrel aged version of Old Rasputin annually. Bourbon and vanilla, deep roasted malts, sweet chocolate and some toffee. The alcohol is noticeable and it leaves a nice warmth on the hoppy finish. The mouth-feel seemed a little thin for a Russian Imperial Stout. Based on cost/value I don’t think it’s better than regular Old Rasputin (especially on nitro tap), but I still grabbed another bottle to age longer.

Update: A year has passed since I first had this, so Andrew, Lee and I popped the cork on this year old bottle for a side by side tasting with Old Rasputin XV for podcast # 13. Here are the results: Not all that much has changed in the taste in the past year but the subtle differences you might expect have occurred: the alcohol is much less noticeable, the bourbon flavor has faded (but isn’t gone), and the hops have been calmed as well. Those changes lead to a smoother and easier drinking RIS, a slight improvement overall, but still not a great value. Barrel-Aged Old Rasputin is worth a try at least once if you’re a big fan of the style, but I would suggest sitting on it for at least six months to a year if you purchase a bottle. 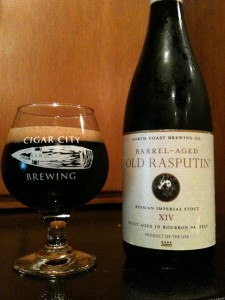