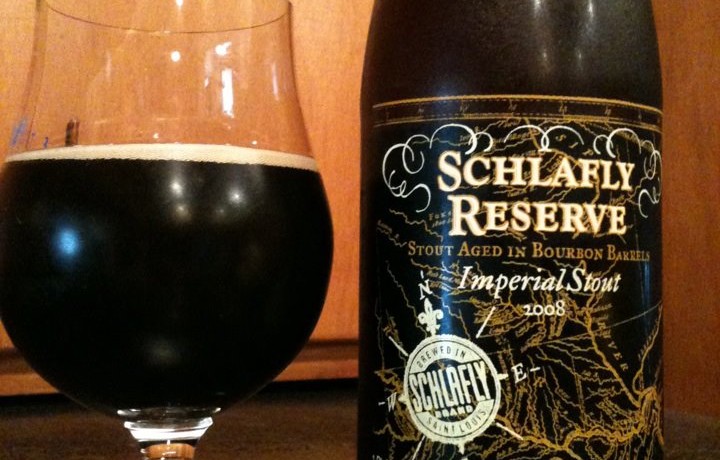 Schlafly Reserve Imperial Stout is a Russian Imperial Stout, this bottle is a 2008 vintage. Aged in Bourbon barrels for several months after primary fermentation and conditioning. So this guy has been aging for about 3 to 4 years now, and it has held up very well! The bourbon is still quite prominent, which for me is a good thing. Notes of roasted malts, chocolate, molasses, toffee, vanilla, and just a very slight astringency. Maybe not on a par with a top tier RIS, but I’d put Schlafly Reserve Imperial Stout 2008 in the same league as Brooklyn Black Ops (if it existed). According to the Schlafly website this is available year round, so it should be fairly easy to obtain if it is distributed in your area. I had to trade for my bottle and I’m glad I did. 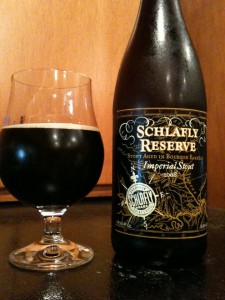