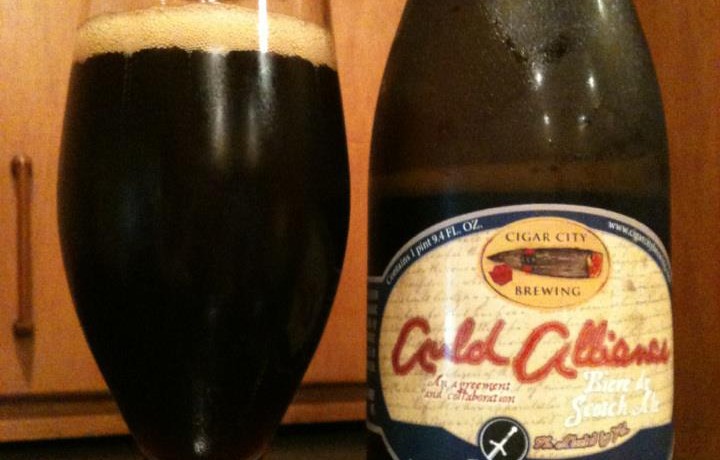 Cigar City Brewing/Dunedin Brewing Auld Alliance is a collaboration between Florida’s oldest and (at the time) youngest breweries. This is a hybrid of a Scotch Ale and a French Bière de Garde symbolising the Auld Alliance between Scotland and France from 1295 to 1560. OK enough history, time to drink. There is a big malty presence which was expected; a pleasant mixture of dark fruit, toasted brown bread, and muted toffee. The Bière de Garde yeast strain adds a strange twist to this Scotch ale, creating a lot of effervescence and a bit of an odd funkiness. This combo of flavors and mouth-feel won’t be for everyone but I liked it. 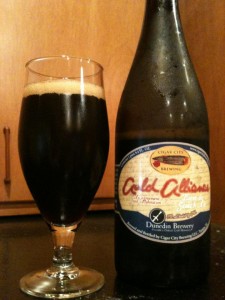