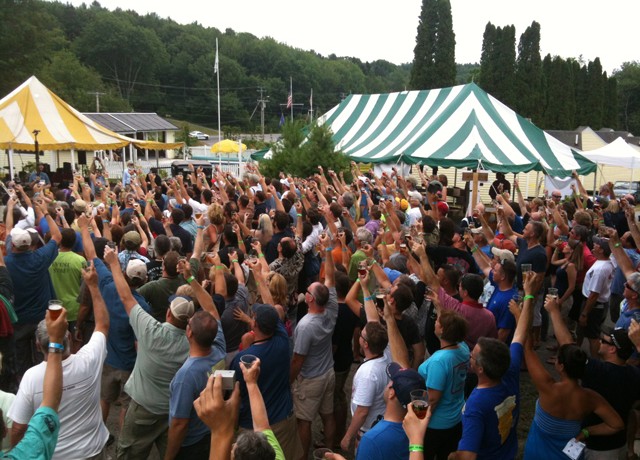 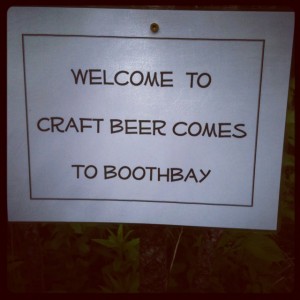 After leaving Delaware and the DogFish Head Brewery I hotfooted it up to Maine. I spent some time in Portland, but I’ll save for a later post. For now I want to talk about the Craft Beer Comes to Boothbay festival in Boothbay, ME

Craft Beer Comes to Boothbay is a festival organized by the Maine Brewers Guild and focuses on, with a few exceptions, the craft beers being created in Maine. By the looks of it craft beer has a solid foundation in Maine with plenty of brewpubs and breweries making some pretty exciting brews. There were thirty-five breweries in attendance. Some were smaller brewpubs such as Boothbay’s own Liberal Cup, some were among Maine’s largest breweries such as Allagash and Shipyard.

The festival experience started even before you arrive at the festival grounds. If you, like me, couldn’t take advantage of the 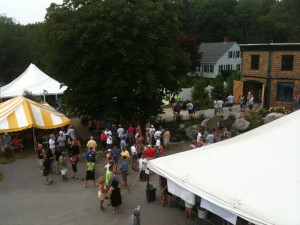 shuttle service from downtown then you had to park at the nearby fire station. In order to get to the festival from the parking lot you had to make a short trail hike through the woods. I was amazed by the overall beauty of Maine, and even this short trail had its share, providing for a nice transition from the car trip to the festival. (And at the festival’s end it provided a nice sobering walk too). The trail was lined with welcome banners and signs listing the participating breweries.

The festival was located on the grounds of the Boothbay Resort and the adjacent Boothbay Craft Brewery. Most of the breweries were set up outside in tents though a few as well as the food booths were set up inside the brewery. 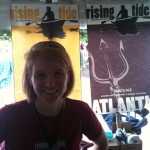 As a non-local I reveled in having access to all the Maine beers I can’t get at home in Savannah so I tended to gravitate toward these breweries first. Rising Tide, based in Portland, is brewery that really stood out.  Their Heather’s Hefe was one of my favorites from the festival and was served up by the beer’s creator and Rising Tide co-owner Heather. This hefeweizen will become Rising Tide’s regular summer beer next year. I also gave high marks to Rising Tide’s Atlantis, a dark malty IPA that ends with a smoky flavor.

Baxter Brewing was serving up several nice beer options and the teases I got at the festival were enough to make me hunt down some of their other beers while I was in Maine. Another favorite was the Farmhouse Pale Ale brewed up by Oxbow Brewing Company, a dry saison with a touch of tartness. This is Oxbow’s signature beer, a bold decision on their part but it works. 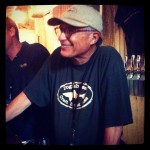 I couldn’t seem to get away from Dogfish Head as they were well represented at the BoothBay Festival as well. You may ask how a Delaware based brewery could be present at a Maine craft beer festival? Well Dogfish Head is named after Dogfish Head peninsula, were Sam Calagione spent his summer vacations. The peninsula is just a stone’s throw from Boothbay so Dogfish Head is an “unofficial” Maine brewery. As a nice treat, Sam Calgione senior (the DFH owner’s father) was serving up samples of Red & White and Palo Santo that was aged on cedar wood at their booth. 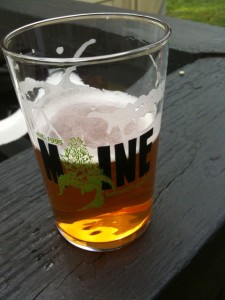 Each year the Craft Beer Comes to Booth Bay festival features one non-Maine based brewery. This year’s invitee was Smuttynose Brewing Company based in Portsmouth, New Hampshire. Their Belgian Strong Ale, Brett & I, was one of my favorites from the festival.

This was the second year of the festival and with a moderately priced ticket of $50.00, which included a Maine style barbeque lunch, I’m sure this will become a craft beer go to event.

Maine has a lot going for it when it comes to craft beer and the Craft Beer Comes to Boothbay festival showcased the strength of the breweries and the collaborations between them. 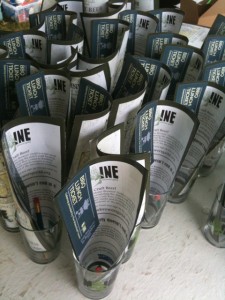