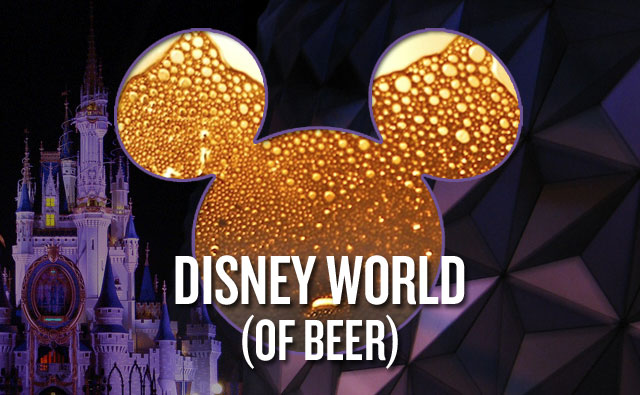 Yes You Can Enjoy Beer at Disney World

Recently our family took a vacation to Walt Disney World in Orlando, FL. Other than surviving the 5 days with a few pennies left in my pocket, and ensuring that there were plenty of happy memories, I needed to continue my marathon training and also wanted to enjoy a few beers.

I decided to bring a few brews from my own stash so that I could relax in the resort hotel room — nightly. This turned out to be a really good idea. We would put the kids to sleep and since we were sharing the hotel room, it was nice to have a beer to sip before going to sleep as well. However, I also wanted to find a few places to get good beer while dining in interesting locations inside the parks.

Disney has the standard “big name” beers available; but at over $6 for 12oz, I was not about to pay that much when a bottle of water was simply $2.50. So that left me searching for something different. The first time I came across a beer I wanted to try was at Chef Mickey’s and I ordered an Organic IPA by Napa Brewing Company. I was glad I waited and really enjoyed the beer while the kids met Mickey and the gang. 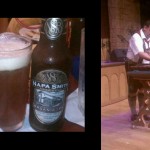 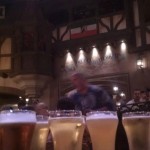 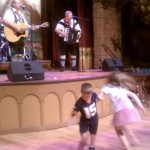 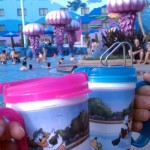 We had another good dinner planned at Biergarten. This was probably the best beer place we dined at. It was October so of course they were having Oktoberfest. There was polka music, a cask tapped with a giant wooden hammer, and plenty of “ziggy, zoggy, ziggy, zoggy, oy, oy, oy”. I had a flight of each of their available beers: Pilsner, Schöfferhofer Weizen, Altenmünster Oktoberfest, and Hövels Original all by Radeberger Gruppe. Again, I was glad I passed on the standard “big name” beers.

In doing my research for this article, I found the site Beers and Ears. They have an iPhone app that shows you what beers are available where. I wish I knew about it before I left because they have a lot of good information. Since travel around Disney is usually by the parks bus system, it would have been nice to relax a few nights with some interesting beer in a nice place. However, we still were able to sip a few of or our stash successfully smuggled poolside in the “free” resort cups.