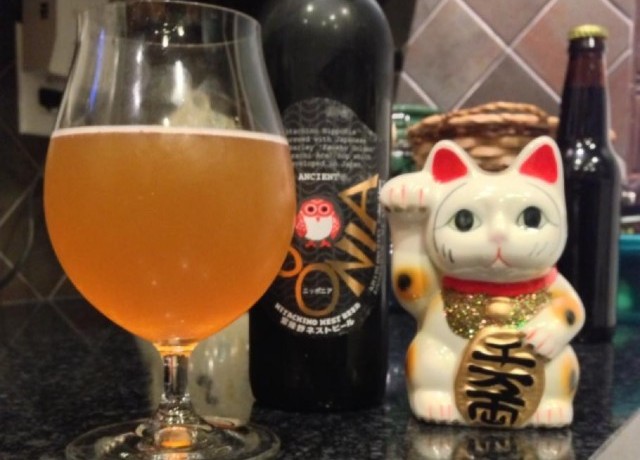 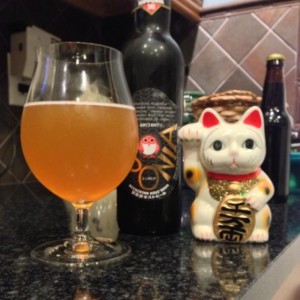 It had to happen eventually. With all of the enthusiasm I’ve had for the Hitachino Nest line, it was inevitable that I found a beer that just didn’t set well with me. I had such high hopes leading into this week of reviews and was honestly blindsided by the fact that I didn’t really enjoy Nipponia.

The reviews on Untappd and Beer Advocate are overwhelmingly positive. But that wasn’t my experience with the beer. It looks great, perfectly on style for a golden with a very light orange color. The smell was interesting; but seemed slightly off. There’s a medicine-y quality to the aroma that I’ve found a hard time placing. The taste was… interesting.

Instead of the lemony taste they’re known for, the Sorachi Ace hops provided a very earthy flavor profile along with some creamy butter notes. There is also a sickly-sweet element, sort of a tart licorice that’s also very prevalent. As expected there is some spice – possibly ginger – but this hard to describe off-centered sweetness was the biggest identifier. The beer is brewed with a revived Japanese breed of Kanego Golden barley, giving it the “ancient” moniker. Combined with the Japanese cultivated Sorachi Ace, it’s a beer that should be a national treasure. Instead, it seems like a failed experiment to me.