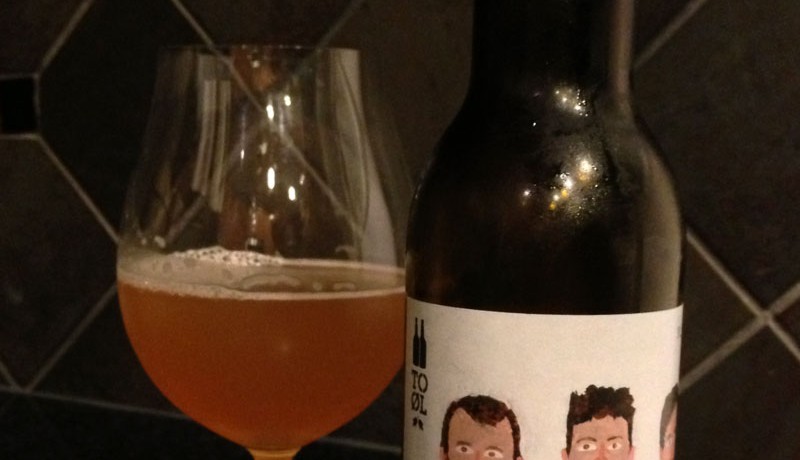 Mikkeller / To Øl Walk on Water 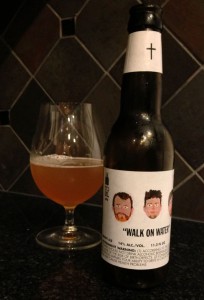 Ever heard of a “Bright Ale”? Me neither, until I picked up a bottle of Walk on Water. A collaboration between Mikkeller and To Øl, this beer is somehow  light, refreshing and big on the booze at 14% ABV. The two Danish breweries got together with a mission to create a drink that was almost effervescent and ethereal but still packed a wallop. To that end, they have definitely succeeded.

Alcohol is much lighter than water, while carbohydrates (or sugars) in solution will raise the density of water. When we brewed this beer the challenge was to ferment as much of the sugars from the malts as possible, without leaving any residual sugars.

Hence “light” in their eyes reflects the beer’s gravity and not taste, color or flavor. For me, the beer was similar to a Belgian Tripel, although most review sites refer to it as an American Strong Ale. When you look at the color and body of the beer, I don’t know how you make those sorts of comparisons. No matter what existing style you try to shoehorn this beer into, I think they were onto something by coming up with their own classification. While “bright ale” may seem a bit pretentious, it’s okay to advertise the fact that you’ve done something truly special.

When held to the light, it’s a pale golden color but a bit orange when sitting on the table. The mouthfeel is fairly thin and the taste only lingers for a few seconds. A hint of banana and clove (from a Belgian yeast?) lend to the Tripel association. Plus, it has an awesome label.

You can listen to me try this beer for the first time with a post-marathon Andrew on Episode 8 of the BDR podcast.