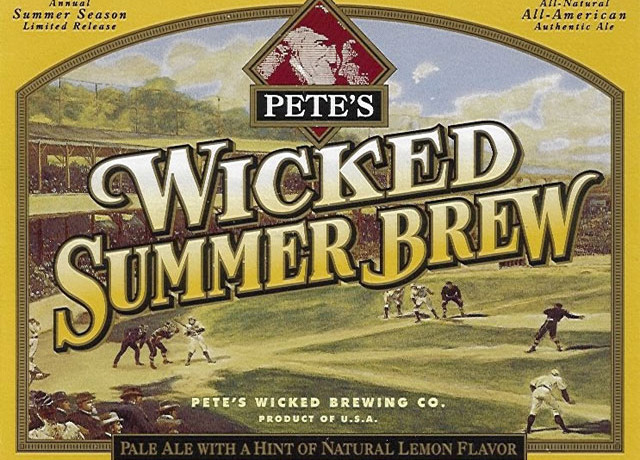 Phil was one of those friends you only meet in college. He was older than I was and had what seemed to be too many ideas in his head and not enough time to get them all out. His sentences tended to be long, but with plenty of punctuation — and never a question mark. He knew a lot about a lot — and it was fun to listed to him.

Of Phil’s many interests — among Japanese culture, bagels, the Pogues and obscure movies — was beer. As a freshman in college, my idea of the best beer was whatever beer I could get my hands on. I remember winning a bet and being able to get any kind of 6-pack I wanted, and choosing Miller Genuine Draft. Yes, it was that bad. I didn’t know enough to know what I should have asked for, but I knew enough not to bring it up to Phil.

This was the mid-90s, so the craft beer scene wasn’t what it is now — but Phil liked beer that wasn’t from Anheuser-Busch, Miller or Coors, so at the time, that was slightly revolutionary. Among the things he introduced me to, including Belhaven, Abita and Sierra Nevada, was Pete’s. The Pete’s Wicked Ale was good, I conceded, but it wasn’t until I discovered Pete’s Wicked Summer Brew that my mind was blown.

It’s not so much that Pete’s Summer was so much better than anything else, it’s just that it was different and only available at certain times of the year. The idea of seasonality with beer completely revolutionized my thinking when it came to beer. Like foods, beer could change and adapt with the seasons, and it was more than the baseball scene on the Summer or the snow on the label of the Pete’s Wicked Winter Brew.

I later found Pete’s Wicked Winter Brew and for the rest of college, I’d excitedly wait for the first Pete’s seasonal of the season to show up on the grocery store’s shelves.

Later my tastes, budget and knowledge would expand, learning new things, appreciating different tastes and valuing certain characteristics over a label or price tag, but never would I think about beer as one generic taste — there were a world of beers that could go with not only the season, but the weather, a mood, a time or a food. Beer isn’t just a Budweiser or Coors or MGD — it was something to understand, cherish and taste.