I’ve written before about Jacksonville’s growing craft beer scene. Much of this scene is focused in the area around King Street where there are several breweries in the area, a craft beer bottle shop and a few eateries with strong beer lists.  Perhaps the most exciting of these spots is Kickbacks Gastropub and with more than 600 bottled beers and a tap list running at 84 how could they not be exciting.

I recently visited Kickbacks for a Friday lunch. I had heard that they can be pretty busy so I arrived early and was directed to my table right away. The restaurant space has a wonderful gritty but relaxed feel. Kickbacks is a gastro pub with the pub part playing the predominant role. That said the restaurant has a solid menu and is kid friendly. They serve breakfast, lunch and dinner and are open from 7:00am to 3:00am. I ordered the French dip sandwich from the significant lunch menu and settled in to figure out what I wanted to drink. 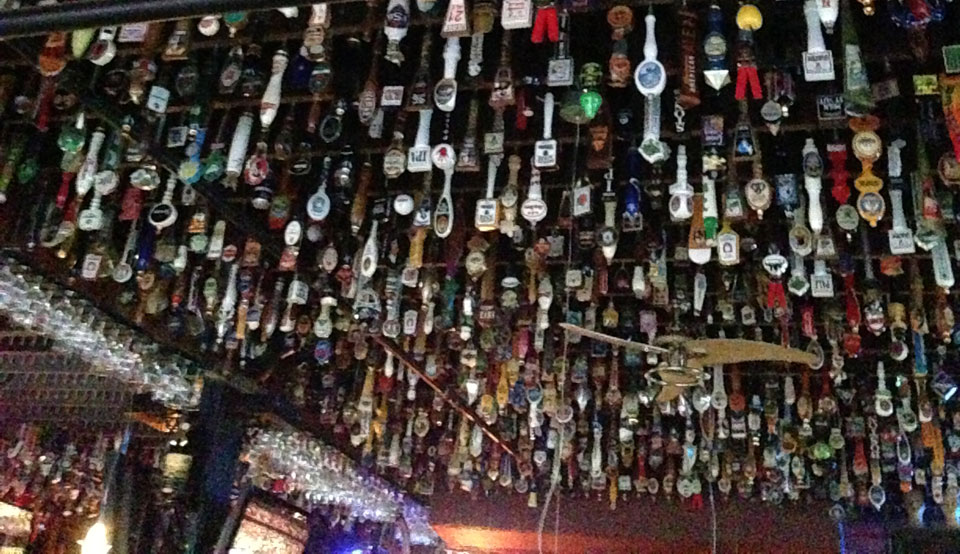 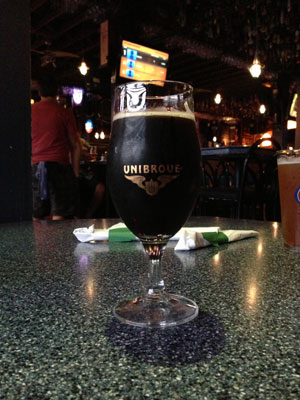 With such a huge list, almost 700 beers, choosing a drink wasn’t a simple task. I stared at the tap is posted on the wall for a while but felt overwhelmed so I used a fantastic tool that the bar provides. Kickbacks has  smart phone apps for iPhone and Android. Most of the app is dedicated to information about the restaurant. There is an address/location section with a link to Google maps that I had actually used to find the restaurant. There is a calendar section listing all the upcoming events and live performances. The best and most important part of the app is the tap list they provide. It’s a regularly updated list with full beer descriptions and even a few tasting notes. I found the app super helpful in choosing my beer. I ended up going with a Kickbacks exclusive created with Terrapin, a 2010 “Spiked” Wake N’ Bake. This version of the coffee infused imperial stout and been aged for 13 months in Jim Beam barrels with added honey and vanilla beans. This is a truly beautiful beer and all of the advertised elements were present but balanced. The coffee, the main element of the Wake N Bake series, was still there but subdued. Where the coffee tapered off it was replaced with strong vanilla and hint of the honey sweetness and the Jim Beam was there was there in the form of a pleasant bourbon aftertaste.

Kickbacks is obviously doing well. After living in their space for seven years they are currently expanding their size to include the spaces next door and 250 additional seats. The Kickbacks staff has suggested that wait times for food will increase as the kitchen expands and that for a period of time their tap list will be scaled back. Construction is expected to be completed by the end of 2013.

Kickbacks is a fantastic spot for a beer or two and a bite to eat. I strongly suggest downloading the (free) app before visiting especially if you’re going for the beer. The menu is reasonable and good and the beer selection is exceptional. Check out that beer board! 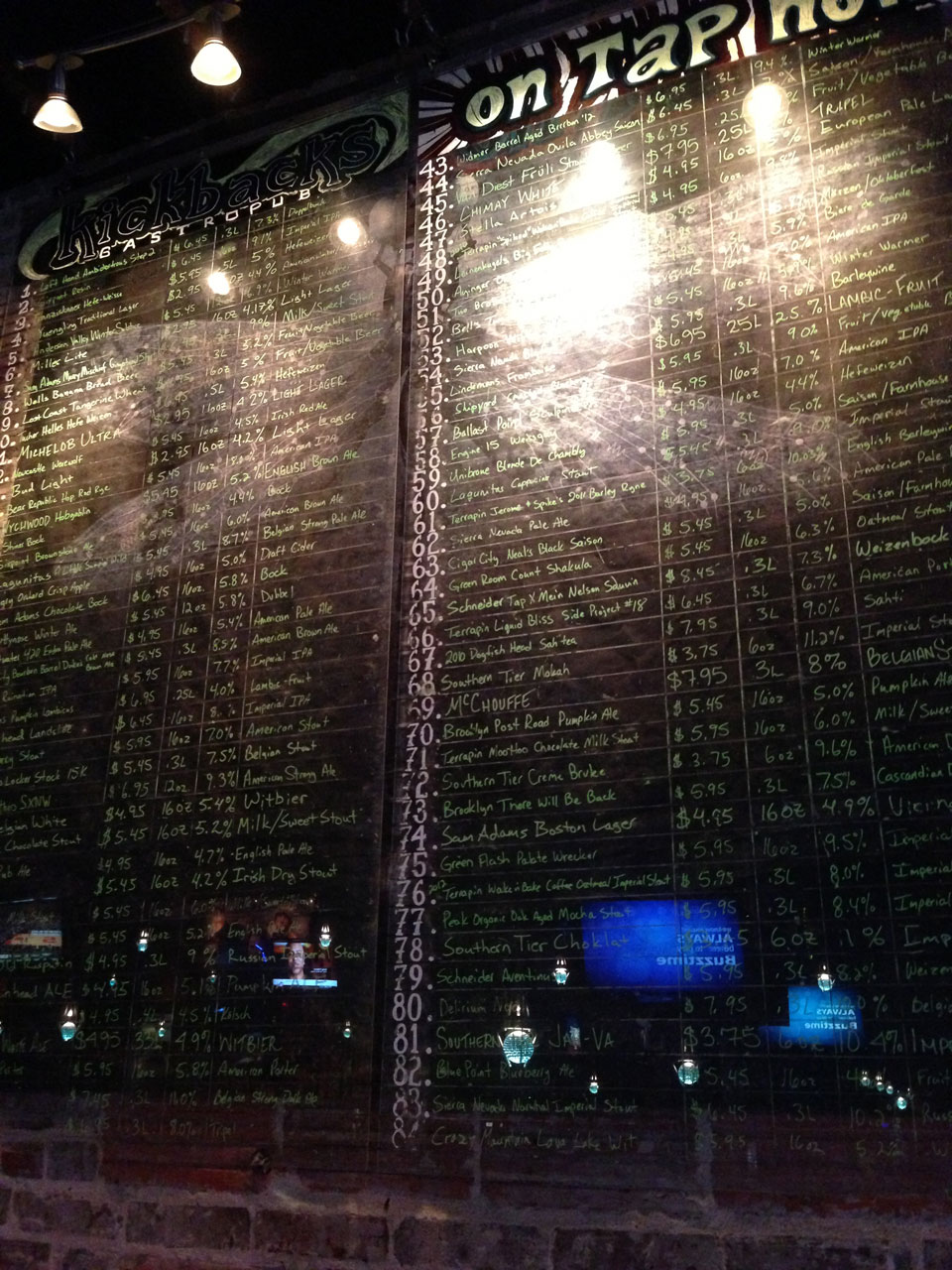