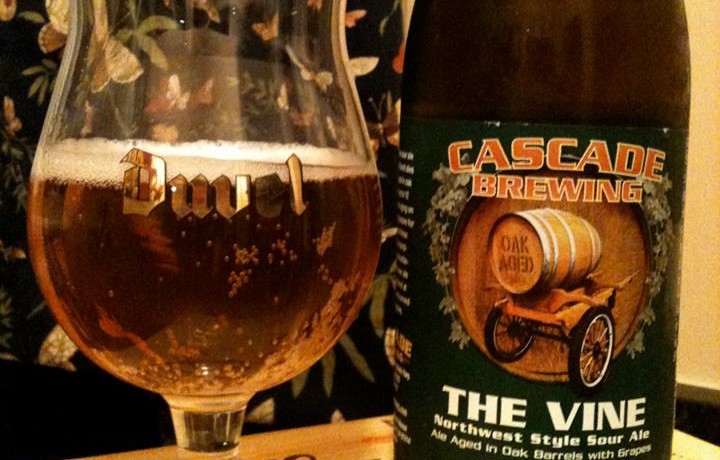 Cascade The Vine 2011 is an American Wild Ale. This vintage has been aged about 2 years after bottling, 9.73% ABV. The beer is a blend of blonde ales that were aged in oak barrels for up to 12 months before aging on fresh pressed grapes for and additional 3 months. There is an initial rush of mild sourness, but then a lot of tripel like flavors come through. Getting some green apple and apricot, yeast and an alcohol warmth that you might expect from a nice tripel. There is a note of wine grapes to this as well on which is mixing with a bit of vanilla and oak from the barrel. This is one of the most interesting sour ales I have had. Not sure if the age has created all the complexity, but this isn’t just another straight forward “sour bomb”. 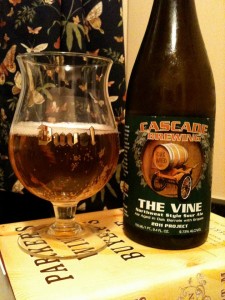