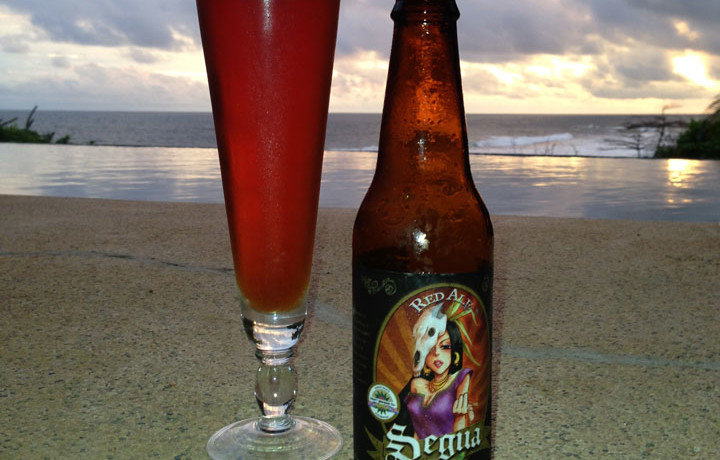 Welcome to Costa Rica Week at Brew / Drink / Run! All this week we’ll be looking at the state of craft beer in Costa Rica. Salud! 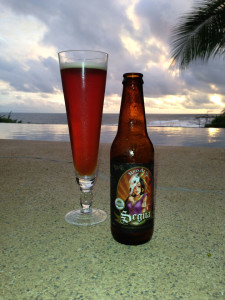 As I settled into the idea of spending a month in Costa Rica, the one downside that tempered my enthusiasm was my inability to drink my favorite craft beers. In fact, I was concerned that I wouldn’t be able to find any craft beer at all. As nice as an Imperial can be after a long day in the sun, I was very thankful to stumble upon a couple of local craft breweries.

Costa Rica’s largest craft brewery is Costa Rica’s Craft Brewing Co. They currently have two beers available in bottles and kegs outside of their brewery walls, Segua and Libertas.

I had the opportunity to sample Segua on draft twice (at Volcano Brewing Co. and the Black Sheep Pub) and found a small stash of bottles in a strip-mall licoreria in Nosara.  It takes some work to find a location serving something than Costa Rica’s big two (Imperial and Pilsen); but it is definitely worth the effort.

Segua is a red ale and pours a true, deep rose-amber color. It’s expectedly malt forward; but it doesn’t ignore the most important quality in a warm-climate beer, refreshment. It’s exceptionally easy to drink and after a week or two of only having watery lagers, you’re very apt to find something you love about this beer. For me, it was the mildness of the hops, dancing alongside the warm malt bouquet. If you’re really looking for it, you might find the slightest touch of savory nuts and sweet tropical fruit.

There’s nothing extreme about this beer. It’s low in ABV, tempered in its usage of hops and malts and true to style, with a wonderful middle-ground mouthfeel.  If you’re in Costa Rica and jonesing for a craft beer fix, Segua is a great option.