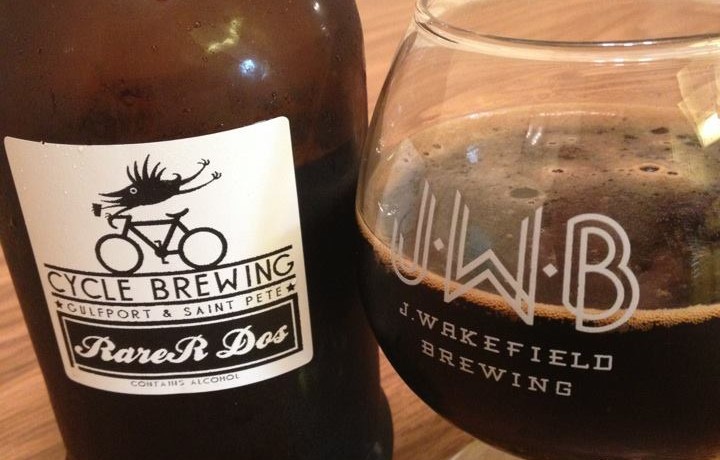 Cycle Brewing (Peg’s Cantina) G.O.O.D. RareR Dos is an American Imperial/Double Stout. Bottled into 500ml mini swing top growlers. I learned the extra “R” stands for rum (as in rum barrel aged Rare Dos) after my initial tasting of the beer. Getting lots of rich melted dark chocolate on the nose. The taste is of bourbon, fudge, dark fruits, a touch of booze and a sweet note that blends so well it is hard to place. Not until I learned a bit more about the beer did I realize it was the rum barrel adding that sweet note, but it all makes sense now. A bit of a bigger mouth-feel adds a bit to my overall rating of this compared to Rare Dos. Outstanding!

Note: I first had this the day after trying Rare Dos and I enjoyed it a bit more. About a week later I shared my other two bottles with Lee and Raymond and we all agreed the Rare Dos was better. I tell you this because I find it so interesting that there are so many ever changing factors that contribute to an opinion of a beer. 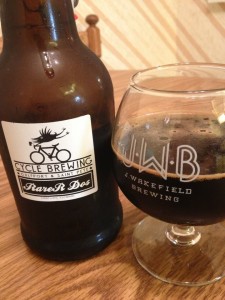