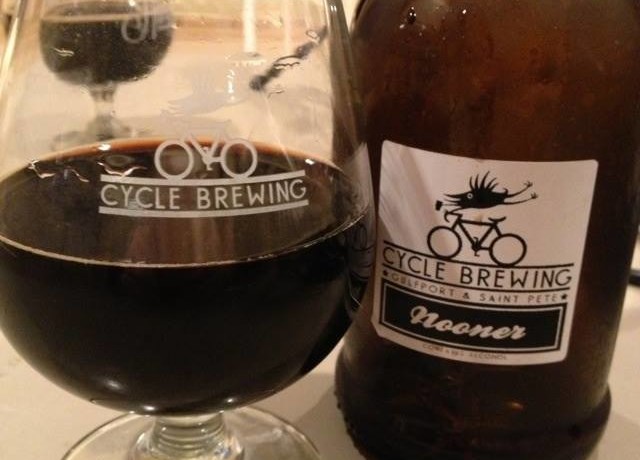 Cycle Brewing (Peg’s Cantina) Nooner Batch 3 is a Russian Imperial Stout. Not a lot of solid info to be found on this, but if you believe what you read on the Internet it’s a single malt whiskey aged version of Rare Dos. The beer style changes from batch to batch and this is batch 3. As for the name I believe the story goes like this: Nooner is released at Noon on the day that RareR Dos is released. All of what I just told you could be a total lie. The aroma is nice with some roast, chocolate and almonds or amaretto. The booze hits first and holds on pretty strong mixing with some roastiness. The mini swing top growler seemed to have lost a bit of carbonation, so I think we got to this just in time. Not as good as Rare or RareR, but hey that’s just my opinion. Still a great beer. 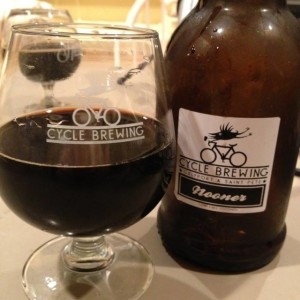