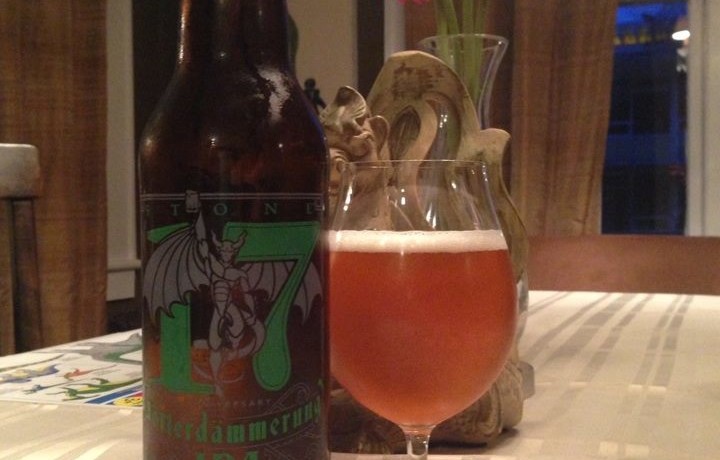 For their Anniversary Stone sent us a gift! You guys… Stone 17th Anniversary Götterdämmerung IPA was inspired by experimental German hops. The grain bill is comprised exclusively of pilsner malts and German hops. Wow, the smell of this beer is fantastic, sweet and malty, getting some honey and cotton candy on the nose. I was a bit disappointed in the taste, but not because it’s a bad beer. In fact this starts out tasting a lot like Stone IPA, which is a great west coast style IPA. Unfortunately I was so excited by the aroma that I felt a little let down when I didn’t taste it when I took my first sip. It starts out a lot like most Stone IPA’s: Big and intensely hoppy! But as with so many beers more sweetness/balance appeared as it warmed up. Yet another great IPA from Stone, if you are a fan of what they do you are sure to enjoy this one too. Happy Anniversary! 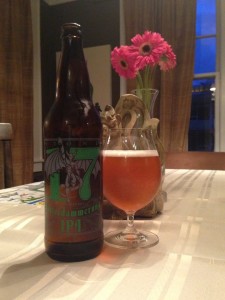