This fall 21st Amendment teamed up with pumpkin beer kings Elysian to create two unusual Pumpkin Ales. The collaboration is called He Said / He Said and consists of a Pumpkin Baltic Porter and a Pumpkin Belgian Style Tripel. Not your usual pumpkin beers! What’s even better is the fact that it was packaged in boxes with four cans, two of each style inside. Love these guys!

Baltic Porter –  This really had a good combo of both beer styles. Neither the roastiness, dark fruits or alcohol of the Baltic nor the spice and pumpkin of the pumpkin ale dominate. Instead they blend into a wonderful fall beer. Much milder than your typical Pumpkin Stout. 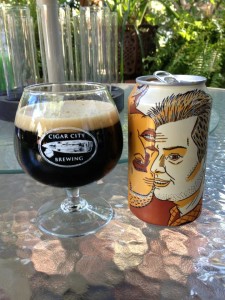 Belgian Style Tripel – So this doesn’t really taste much like a pumpkin ale or a Tripel. Something about the way the all spice and cinnamon interact with the Tripel base makes this taste more like a Saison to me. The pumpkin is very subtle, might not pick it out if I didn’t know it was there. A very enjoyable and creative beer. 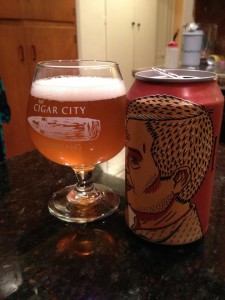