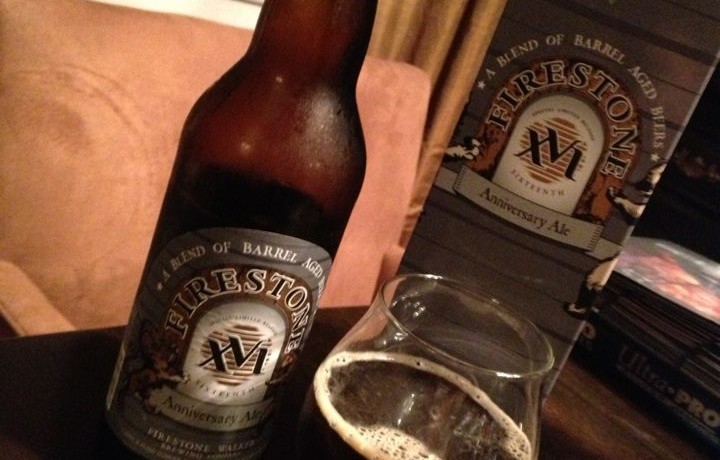 Firestone Walker 16 Anniversary Ale is an American Strong Ale. As always this is a blend of 8 different barrel-aged beers. I guess I ended up aging this about 1 year, think I traded for it about 6 months after it’s release. Very nice aroma on this one, lots of caramel, bourbon, some chocolate and a bit of coconut as well. The taste starts with dominate caramel and bourbon. Some dark fruits and vanilla do come out a bit as it warms. Unfortunately the beer becomes somewhat less enjoyable as it warms as well, the exact opposite of my normal experience with this type of beer. I won’t go as far as to say this way a disappointment, but it just didn’t do it for me overall. The mouth-feel was way too thin and I was expecting a little more “humph” flavor wise. Still an impressive creation, and I have no regrets trading for it. 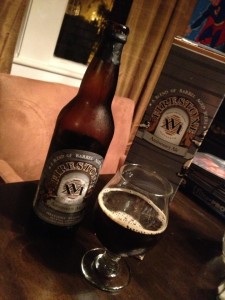