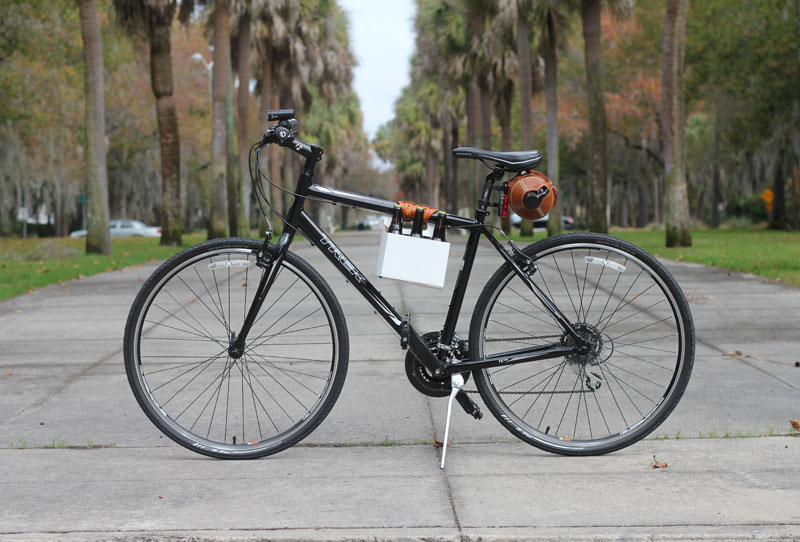 Last month, Savannah was officially designated as a Bicycle Friendly Community by the League of American Bicyclists. The bronze medal commendation came after years of hard work from passionate advocates in our city that encouraged riding as a viable means of transportation and the local government’s efforts to make dedicated lanes and foster a safe environment for those riding bikes. Cycling in Savannah is becoming increasingly popular thanks to that increasingly friendly climate and the compact, well organized urban core.

One common concern from those considering ditching their car for in-town trips is the lack of storage options on a bicycle. Typical upgrades are to add a rear rack or a cute basket in front of the handlebars. But if you’re a beer fan, you might be looking for something a little bit more custom to your specific needs. Thankfully, the continued growth of the beer market has coincided with the cycling boom and produced some wonderful products to bring the two worlds together. 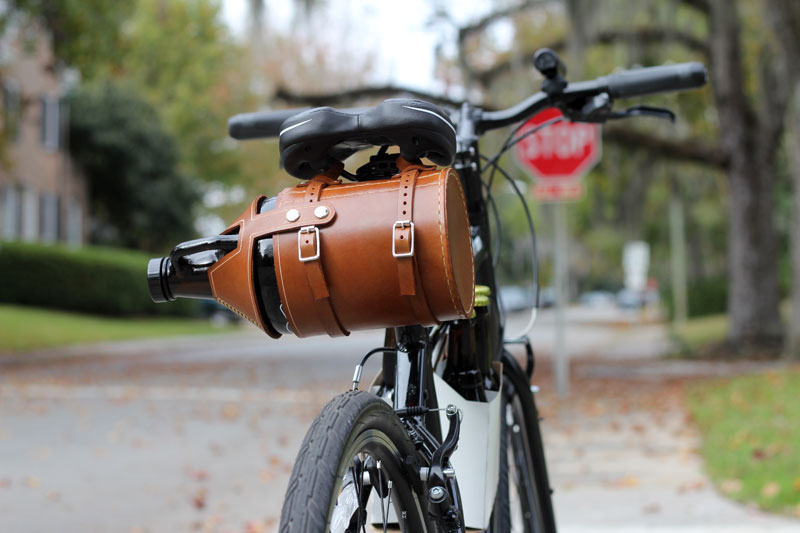 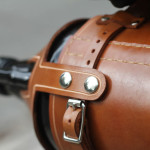 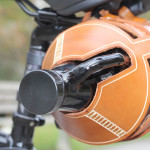 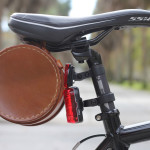 Pedal Happy Design is the storefront of San Francisco Bay Area leather craftsman Scott Lelikoff. His love of supporting local breweries led him to create a leather growler cage that straps underneath the bicycle’s saddle or on the seat post depending on your bike’s design. These $90 attachments aren’t cheap; but they are beautifully crafted with thick straps of seasoned material that fit a sixty four ounce growler securely and stylishly.

The growler’s positioning directly under the rider means that the bicycle’s weight distribution is maintained and your glassware never gets in the way of your ride. It’s definitely a specialty piece, as I couldn’t find anything else in my refrigerator that would fit inside; but for a one-trick pony it performs very well. The rough underside of the leather provides solid friction to wedge the growler in place. The buckles and snaps are hardy and provide a high contrast shine to the workmanlike oiled finish of the main sleeve. It’s as gorgeous as any baseball glove I’ve held, with thick stitching and the smell that only new leather exudes.

My only complaint with this piece is the fact that it covers up the rear reflector and tail light which occupy the same location under the saddle. If you’re a day light only rider, that may not be a big deal; but if you frequently find yourself pedaling home after an evening bottle share, it’s definitely something to consider. 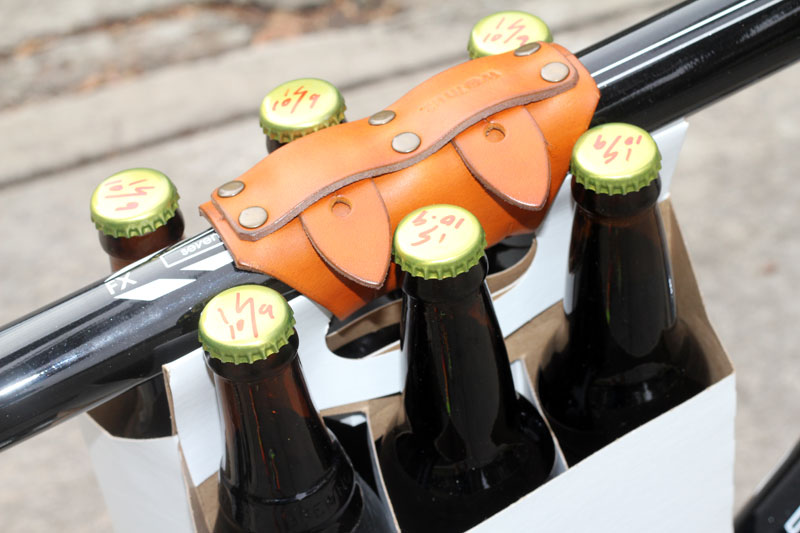 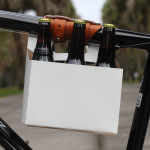 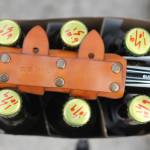 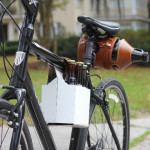 If a six pack is more your thing, Portland’s Walnut Studiolo sells a strap that was originally designed for holding a mallet during a game of bike polo. The frame cinch is a multifaceted tool to have in your accessory arsenal as it can hold anything from a fishing pole to an umbrella. However, Walnut has found a definite niche in marketing the leather attachment as an easy way to transport a six pack of beer.

I was skeptical about this one. Where the growler holder was out of sight and out of mind while riding, the 6 Pack Frame Cinch design places the beer directly between your legs. Thankfully, my fear of knees scraping against cardboard were entirely unfounded.

Husband and wife team Geoffrey and Valerie Franklin run Walnut Studiolo, inspired visually by their affinity for leather horse tack. The cinch fits in that aesthetic well, with a bit of western flair due to the stamped leather name mark and loop-through design reminiscent of a saddle’s girth straps. For $24, it’s a gorgeous and versatile piece.

You’ll want to make sure you tighten the strap all the way through to keep the six pack holder from sliding and be aware that the design only lends itself to men’s style bikes with a top tube parallel to the ground. A new cardboard holder should fare well but if you’re recycling older flimsy holders, or if they’ve gotten a bit wet, you may be in trouble. The tightness causes a bit of pull against the sides and bottom of the six pack carrier that may stress the glue, so keep that in mind. The bottles do casually bump against each other to create a glass-on-glass chiming noise but I couldn’t imagine a scenario short of an crash where breakage would occur.

It goes without saying that these stylish, hand crafted bicycle accessories are for transporting your brew from one spot to another for imbibing and NOT for drinking while riding. Whether as a gift for a friend or yourself, these are high-end attachments that bring the rustic chic of leather to our modern cycling machines and enable a deserved toast at the end of a long ride.