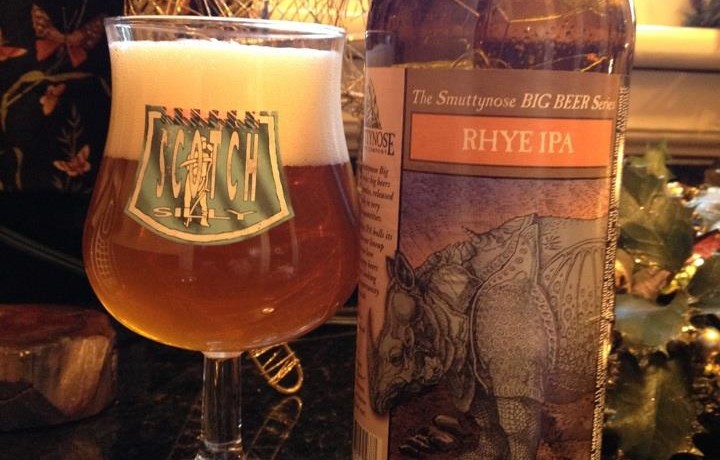 Smuttynose Rhye IPA is an American IPA/Rye beer and is a 2013 member of the Big Beer Series. For whatever reason I am often a bit disappointed in the series, which is surprising to me given how much I love most of their year round and seasonal beers! But at the price they sell these bombers I can’t resist trying each new one that comes out. That persistence pays off with Rhye IPA. The base IPA is basically their “Finest Kind’ IPA with a few modification, the addition of rye being the most obvious. Lots of bitter grapefruit and pine hops are joined by some spicy rye, effective sweet malt base behind it all. If you aren’t a Rye Beer fan I wouldn’t shy away from this one, it’s in there but not too much. Really nice beer here, grab one if you see it. 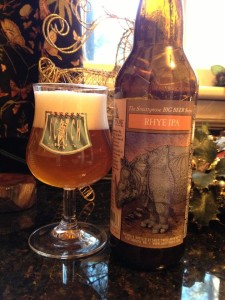