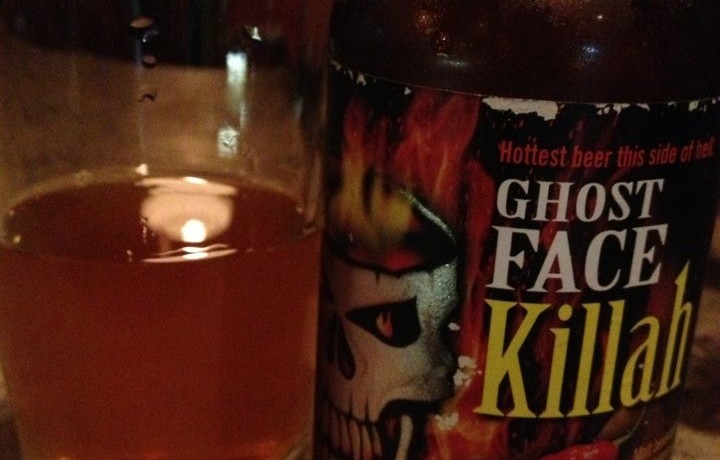 Twisted Pine Ghost Face Killah is one of the hottest Chili Beers on the planet, OK… here we go… This is not as bad as I expected it to be, but I still only had about 3 healthy sips. All kinds of insane hot pepper on the nose. The flavor actually starts with a blast of very sweet malt before the searing Serrano, Habanero, Jalapeno, Anaheim, Fresno and Ghost peppers take over. It isn’t burning my mouth much at all, but the peppers fire up on the way down the esophagus and are twisting my stomach into knots. For the average beer nerd this is a novelty, one of those beers you kind of have to try at least once. If you are a chili head though, you might like to stock this in the fridge on a regular basis! 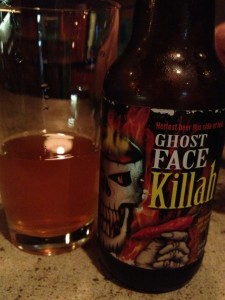