Welcome Home to The Bier Haus 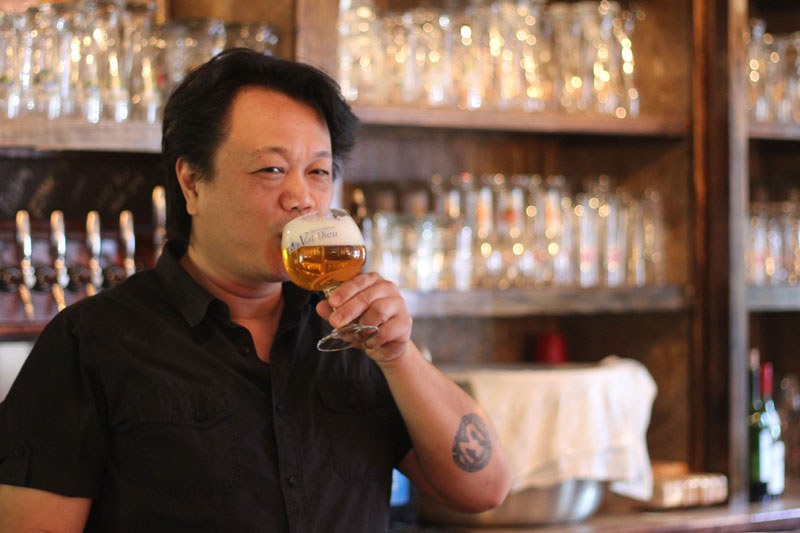 The Bier Haus owner Marshall Urstadt has a reputation.

“I’m the most particular person in town about beer. I don’t know if you’ve noticed.”

If you’ve seen Marshall with a glass in his hand at one of Savannah’s many tap takeovers or beer pairing dinners (and you most likely have), you’re guaranteed not to find a mass-market, rice or corn-derived lager filling his pint. And if you ask him about what he looks for in a beer, you’ll most definitely get an earful of opinion.

Initially that attitude may come off as arrogance towards less-experienced beer drinkers, or snobbishness regarding some less-complicated brews. But in Marshall’s case, it’s simply a demonstration of confidence in one of his great passions: meticulously crafted Belgian beer.

When the opportunity arose to combine his passion for traditional beer styles with his experience in the restaurant industry, it was an obvious pairing.

“I owned Chiriya’s Thai Cuisine on the Southside. I opened it up with my family and after the lease went up, I decided to do my own thing.”

His vision was a European-style pub, specifically influenced by Belgian beer bars that served simple German fare and sponsored a convivial atmosphere – a place where people could interact with each other over plates of pommes frites and hard-to-find libations. 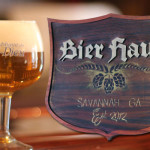 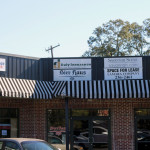 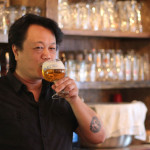 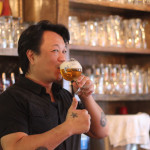 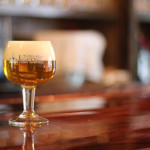 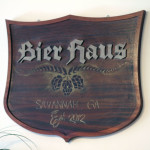 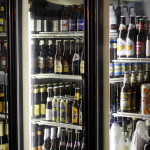 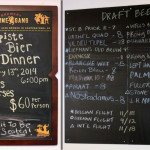 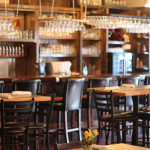 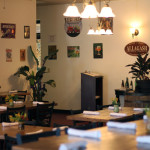 One of the hallmarks of a true Belgian beer bar is the plethora of glassware. Famously, every beer has its own specific glass meant to bring out the best in aroma and flavor. “A lot of these glasses are rare types you won’t find anywhere else”, Marshall remarked while looking over the clear vessels that line the backbar and hang delicately over the barstools.

“Because I’m a Belgian beer bar, the importers are willing to work with me to get more beer in. I’ve been able to get a lot of stuff that nobody else gets around town.” While many bars stick with a range of safe beer styles like IPAs and Pale Ales, Marshall looks to his menu and seeks out beers that pair well with their food and have passionate devotees in the Bier Haus staff.

“These are beers that people have never seen and may never see again.”
Beside European stalwarts like Konig, Liefmans and St. Bernardus, the bar also reserves a few taps for cutting-edge American breweries like Left Hand, Stone or Lagunitas.

“A lot of these American beers are based on German traditions and modifying them. Different, hops, different years, maybe some fruit. It’s fascinating.”

But with Marshall, the conversation always turns back to Belgian beers, some of which have been brewed by Trappist monks in the same way since the Middle Ages.

“Belgium has 5,000 breweries – the highest concentration in the world – and why mess with something that’s already good? I like balanced beers. Malty, floral sweet, there are so many variations.”

To complement the tightly curated tap list, Marshall turned to German food. The decision was practical, based on both the cultural makeup of Savannah as well as his own experience. “Half the Savannah population is of German descent. I traveled to Germany and ate in the small towns around the mountains.”

In addition to the heavier German dishes, the Bier Haus also serves “some simple French-inspired cuisine and we do a lot of food made with beer.” But as with any German restaurant worth patronizing: “We sell a lot of schnitzel.”

A proper pub isn’t made of food and beer alone. Pub culture is unique in its own right, and fills a niche that Marshall felt was missing in many of Savannah’s existing bars and restaurants. In describing the ambiance he wants to create for The Bier Haus, he again turned to his time in Europe’s small neighborhood meeting places.

“Europe is where [pub culture] started. It was homey, old rustic charm, no TVs. People just chatted. People are losing their communication skills. They just sit there on their phone. You’re sitting in front of other people. Talk about politics, argue!”

When reflecting on the past six months in business, Marshall seems to measure his success in part on the cadre of regular patrons that have made The Bier Haus their home away from home.

“People come to the bar and sit for six hours. They’re chatting with bartenders and their neighbors, talking about good beer, food. Communication is what a pub is, a public house. There’s plenty to talk about here. Everybody’s friendly.”

The Bier Haus is located at 513 East Oglethorpe Street in the Market East Plaza. View hours of operation and their current tap list at their website, thebierhaus.com.