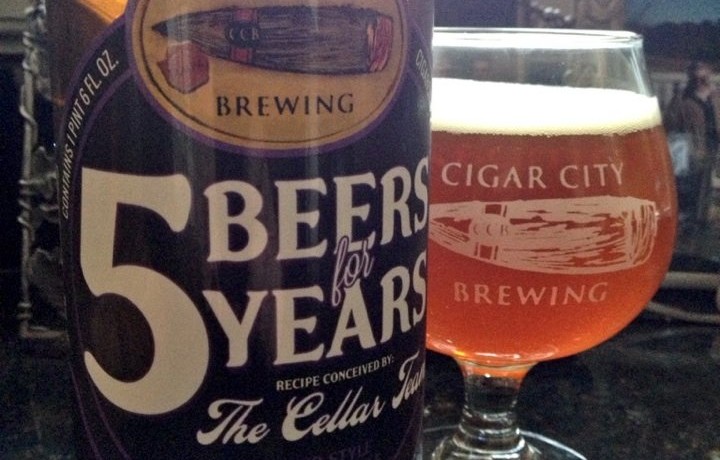 Cigar City Brewing turned five this year, and it didn’t take long for them to realize they had never brewed an anniversary beer! To remedy this situation they decided to brew and release five anniversary beers at the same time, so the “5 Beers For 5 Years” series was born. Each recipe was created by a different brewery team, New Zealand Style Double India Pale Ale was concieved by The Cellar Team. The initial taste strarts sweet, lots of mango and sweet candy sugar. Tangy grapefruit and lemon zest take over in the middle. The finish suddenly goes dank and bitter with a lot of earthy resinous pine and green onion. It’s almost like there are three IPA’s in one here, the holy hop trinity? There is no ABV listed on this beer but it does seem a bit hot and boozy, so I’m gonna guess it is pretty high. Unfortunately I was suffering through some intense spring allergies when I drank this, which could have altered my palate a bit. 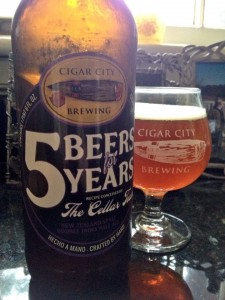