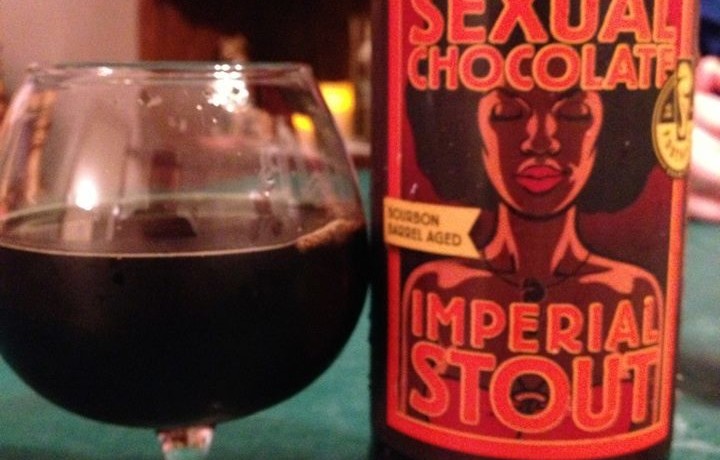 Foothills Barrel Aged Sexual Chocolate is an American Double/Imperial Stout. I’ve been holding onto this 2012 bottle for a while waiting for a good time to share it. I did just that with Lee, Raymond and Brian the night before Hunahpu’s Day 2014. I wasn’t overly impressed with the regular version of this, not that it is a bad beer… never mind, you can read my review of that. This one has lost a good bit of carbonation over the past couple of years, a bit ironic since my biggest complaint with Foothills in general is the over-carbonation of some of their beers. Carbonation issues aside this is still a tasty beer! Big time chocolate, impressive roasted malts and the bourbon is still holding on well. This is a really good beer, worth seeking out in a trade or going to the release event for. I’ll be looking to try this one again! 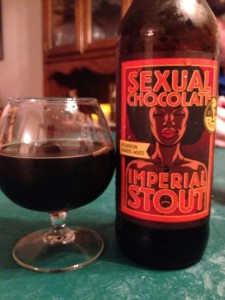