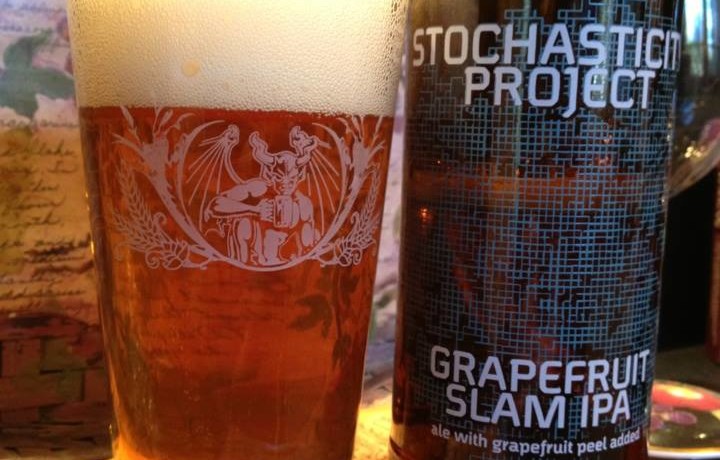 Stone Stochasticity Project Grapefruit Slam IPA is the initial release in the Stochasticity Series. This American IPA is brewed with Centennial, Chionook & Magnum hops and grapefruit peel. This tastes as expected… like another geat Stone IPA! The taste actually starts surprisingly sweet before heading right into the resinous pine bite Stone is known for. Add to that some earthy hop flavor and a decent amount of grapefruit. I have to admit I was kind of expecting a grapefruit bomb, and although there is a good grapefruit flavor, there is no “slamming” happening here. But truth be told that is a good thing for this beer, the brewers do a great job of keeping the citrus well integrated and not letting it take over. 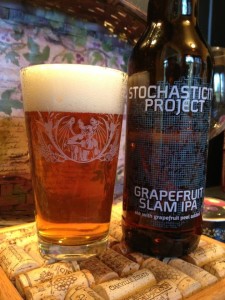