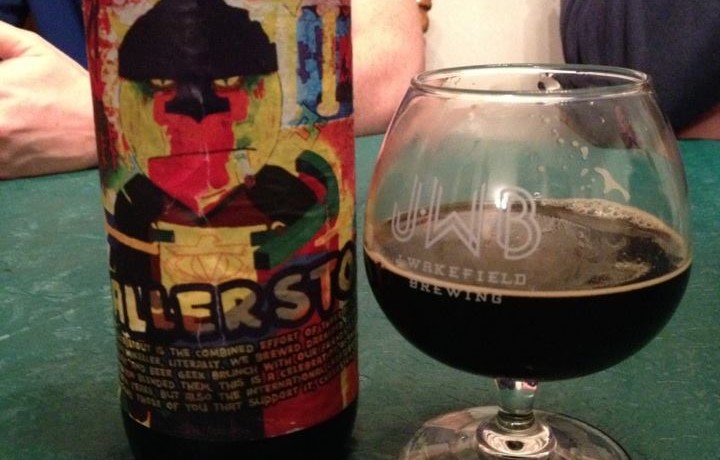 Three Floyds Baller Stout is a Russian Imperial Stout serving as the FFF 15th Anniversary beer, brewed in late 2011. It is a blend of Three Floyds Dark Lord, Surly Darkness, Struise Black Albert, and Mikkeller Beer Geek Brunch. All four beers were brewed at the Three Floyds brewery and then blended and bottled. There was a three bottle limit for each of the 750 tickets sold for the release event, the bottles cost $30 each. So to say this is rare beer is an understatement, big thanks to Joe for being willing to trade a bottle! The taste is probably as rare as the beer. Insanely complex roast, molasses, coffee, toffee and a bitter and boozy finish. Kind of surprised at how hot this is after a little over two years of age. This was a nice big sipper; but at this point this beer is more about the experience rather than the taste of the beer itself. I’m so glad I got to share this with such good friends, that is what it’s all about! 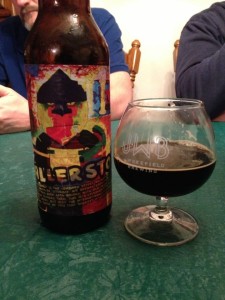