On the occasion of Burnt Hickory Brewery’s second anniversary, I made the trip to Kennesaw to see where the magic happens.

Like a lot of breweries, Burnt Hickory doesn’t have the sexiest of locations. It is, however, practical and well outfitted for the purpose of making beer. With their upcoming expansion, they will be taking over an adjacent space, knocking down walls and allowing for a much larger system. While that comes with a lot of benefits, they will be losing one title in the process: Georgia’s smallest brewery. 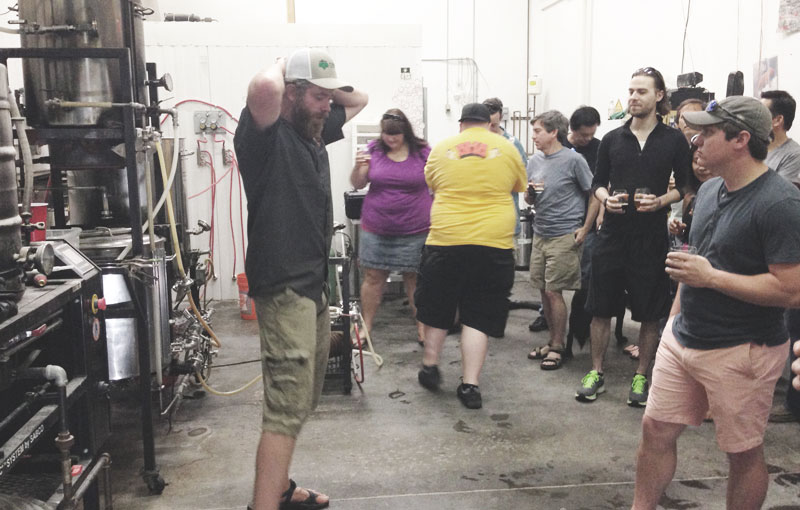 On our visit, we had a chance to talk with head brewer Will Avery and sit in on one of his excellent, entertaining tours. He gives a great overview of the brewing process speaking to scientific facts as well as the day to day life of a brewer. The brewery’s love of music is evident throughout the facility with LPs lining the walls and past commemorative/collaboration beers honoring acts like Corrosion of Conformity, Killdozer and Charred Walls of the Damned found in kegs and hand-capped bottles.

In addition to the tours, the brewery was hosting an open house party to celebrate their second year in business. That meant expanded offerings to include music (both live and from a DJ), booths from local artisans and civic groups and (of course) a large selection of beers available for tasting. It gave the vibe of being a mini-festival.

The good part of festivals is the chance to drink rare beer – and with Burnt Hickory being a prolific nanobrewery constantly churning out one-offs and variations, there was rare beer in excess. With your souvenir glass you were allowed eight two ounce pours. The beers ranged from flagships like Ezekiel’s Wheel Pale Ale to the brand new Lake of Fire, a rye beer collaboration with the Meat Puppets and the impossible to track down Bloody Bishop, a tripel infused with cranberry.

The festivities also included an area to taste beers from local homebrewers. They were chosen to work with Avery to refine their recipes and brew on the Burnt Hickory production setup just for the event. Little Cottage Brewery poured an amazing imperial chocolate stout named Touch of Death which was aged on cinnamon, coffee, vanilla, bourbon, oak & peppers. It was one of the best beers of the day. Inventive, surprising, intense and complex, it had everything you want in a big, burly stout. 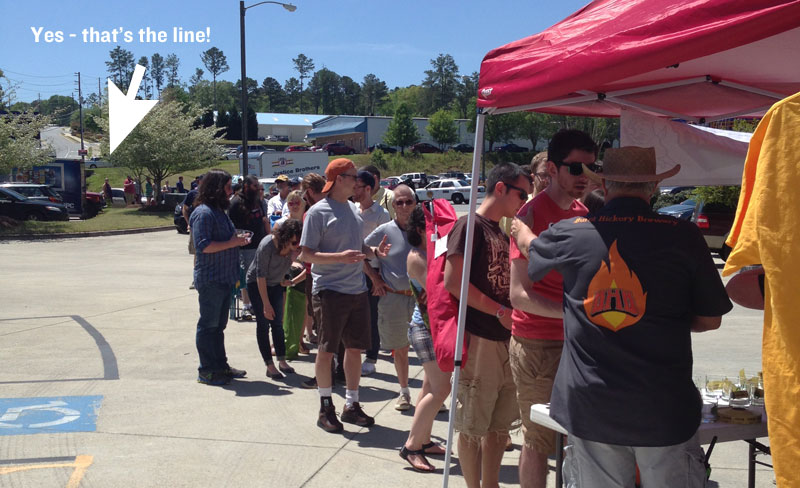 The bad part of festivals is, of course, the lines. They asked attendees to show up early, and that was the right strategy. By an hour after the start time, the line for entry stretched through their parking lot and out to the main road, with more cars lining up searching for any available parking. The lines for beer grew as well and the common area got crowded. But the patrons were in good spirits and the beer was delicious.

If you get a chance to check out Burnt Hickory and have a tour and (more importantly) a tasting, it’s highly recommended.