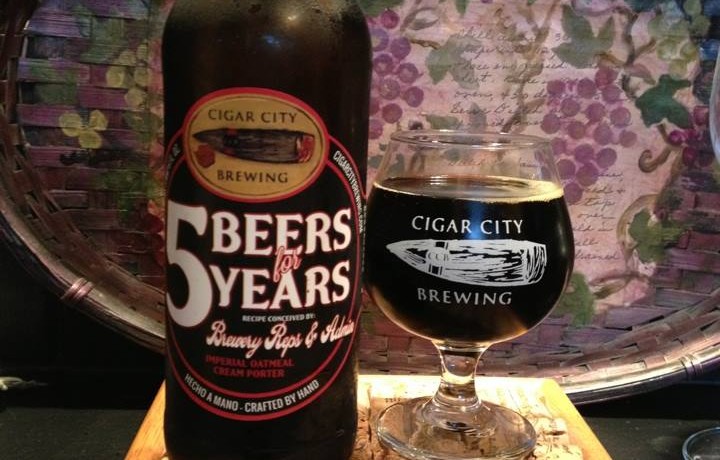 Cigar City Brewing turned five this year, and it didn’t take long for them to realize they had never brewed an anniversary beer! To remedy this situation they decided to brew and release five anniversary beers at the same time, so the “5 Beers For 5 Years” series was born. Each recipe was created by a different brewery team, Imperial Oatmeal Cream Porter was conceived by The Brewery Reps & Admin. team. Pours with a dark brown color and quickly dissipating head, no lacing. The first thing I notice is a nice cherry/dark fruit flavor I was not expecting. The oatmeal is obvious in this one, big thick and chewy oatmeal flavor that has a hint of sourness to it. The best part of the beer just might be the outstanding creamy mouth-feel. A pretty big drawback is the fact there is a fairly strong alcohol taste on the finish. There is no ABV is listed for this, but the Imperial in the name and alcohol heat would lead me to believe it must be pretty high. This is a nice beer, but falls short of CCB greatness. 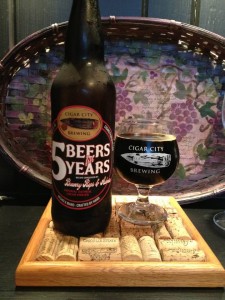