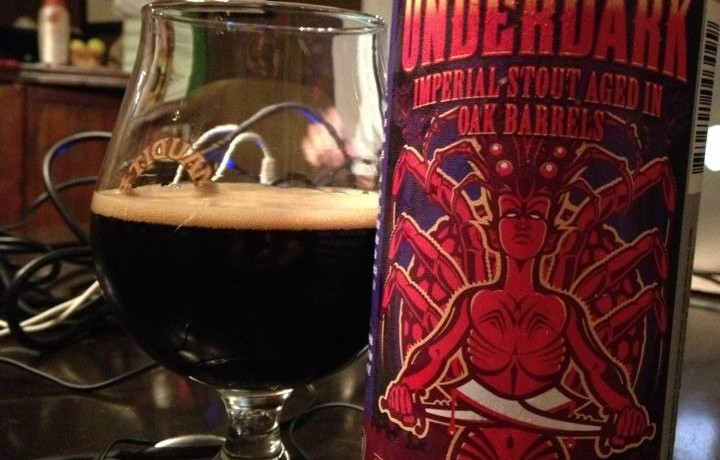 Intuition Ale Works Underdark is an American Double/Imperial Stout. This bottle was the lone bottle share survivor after Hunahpu’s Day 2014. Big thanks to our friend Brian for leaving this behind for the BDR crew to enjoy. This oak barrel aged stout was released in bottles on February 1st 2014 with a 2 bottle limit. I guess that makes this their big deal, brewery only release. It has a pretty enough pour, but I will say the aroma isn’t doing much for me, not much on the nose at all. The beer starts sweet with a touch of roast and bourbon. There is no mention of bourbon barrels being used (only oak barrels), but it sure tastes like there was. Unfortunately the beer falls off a bit halfway through, getting a touch astringent. This is a very good stout overall, but it does come up short of some of the truly great brewery only releases out there. 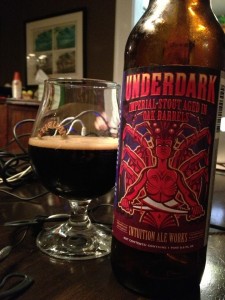