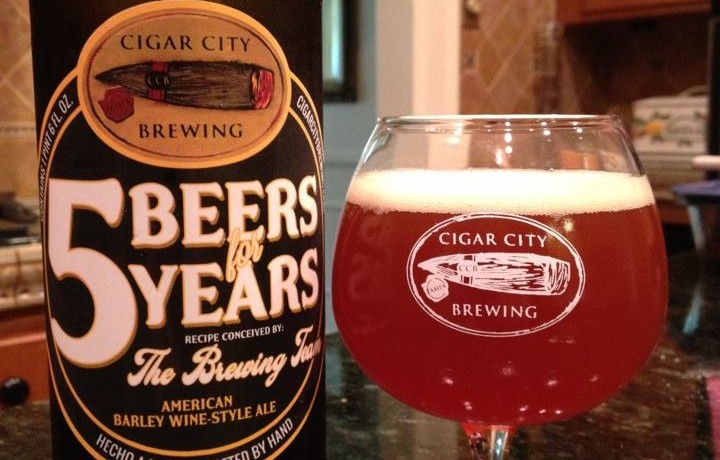 Cigar City Brewing turned five this year, and it didn’t take long for them to realize they had never brewed an anniversary beer! To remedy this situation they decided to brew and release five anniversary beers at the same time, so the “5 Beers For 5 Years” series was born. Each recipe was created by a different brewery team, American Barley Wine-Style Ale was conceived by The Brewing Team. This was the one beer of the three I was able to find that I picked up 2 bottles of, I figured I would want to age one for a while. After opening the first one I might want to rethink that. I’d go so far as to say I was pretty disappointed in this at first. Although the beer tasted fine it seemed like a weak Barleywine in a lot of ways. After a few minutes I started to enjoy it more for what it was rather than what the label said it was. More like a malty DIPA to me, and on the plus side this is loaded with tons of great citrus notes. Not so sure that this will age well, gonna have to decide if I want to roll the dice on this one or not. 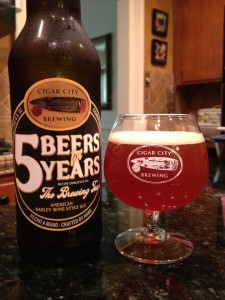