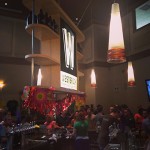 The only beer release day I’ve ever been to was this year’s Hunahpu’s Day. I had a lot of fun that day, hanging out with friends and drinking some truly great craft beers. So when I found out the release day for Westbrook’s Mexican Cake fell on a day I could make the short drive up to Charleston I quickly made plans to go.

I knew going in that this was nothing like a Hunahpu’s release, little of the fanfare and none of the festival but I figured that it would still be a good time. In any case I would be able to get my hands on several bottles of an excellent beer. There was a one case limit and my wife was going with me so I was going to be able to grab bottles for myself and all my BDR friends, plus a trip to Charleston is never a bad thing.

As they say the best laid plans of mice and men often go awry and my plans for a simple beer gathering quickly went south. There was an incident on the highway leading to Westbrook, and it took us an hour to go 15 miles. It was all very frustrating but in those situations I try to deal, knowing that there could be a nasty accident on the other end of the traffic. Who wants to be the guy who’s ticked he didn’t get beer because someone died. Fortunately there wasn’t anything like that but I was late getting to the brewery.

So late, in fact, that I almost missed getting any beer at all. When I arrived at the brewery I was quickly able to find the line for bottles but was told that it was all sold out, that the guy in front of me was buying the last ones. I’m certain my face dropped but the guy told me we wasn’t buying his full allotment. That left me with the last two bottles of Mexican cake they sold that day. This was not what I was expecting but I was happy I got some. 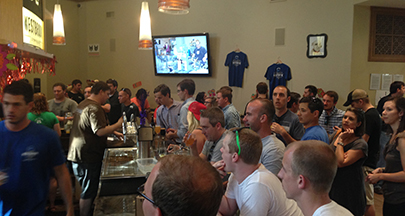 The crowd was big but manageable and everyone, except maybe those guys in line behind me, was having a good time.

Bottles in hand I lined up to pick up a glass of beer for myself and my wife. They had, as one would expect, a nice tap list. I ordered a glass of Mexican Cake 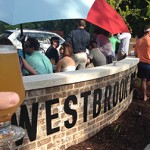 (because why not) and a glass of Pepper Thai, Westbrook’s White Thai brewed with jalapeno peppers for Ashley. The Mexican Cake was fantastic with all of the flavors expected; chocolate and vanilla were the strongest with a subtle spicy finish. The Pepper Thai really blew me a way. White Thai is a favorite wit of mine but the addition of the jalapeño really made the flavor pop. In fact we would have walked away with cans if they had been available

I’m disappointed that I wasn’t able to get more Mexican Cake for all my friends but I’m just happy I was able to get some at all. The bottle says “best served fresh” so I’m looking forward to sharing with friends as soon as I can.

For everyone that couldn’t make it out, distribution of Mexican Cake will be in “one to two months” according to staff at Westbrook. 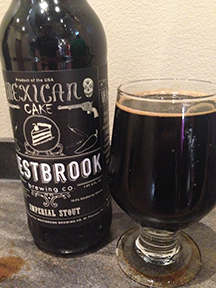