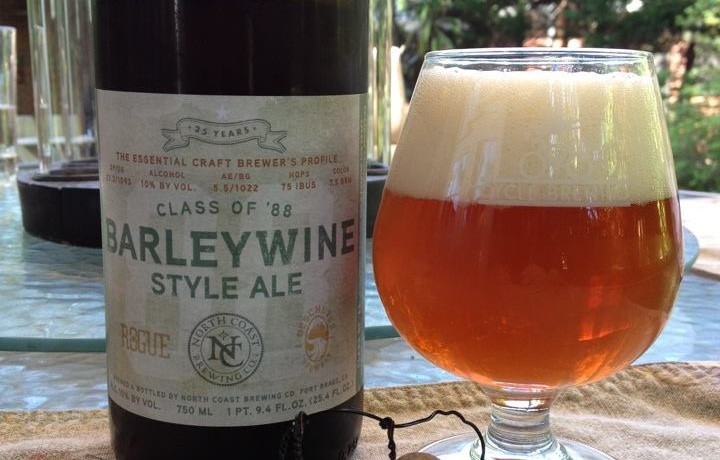 North Coast, Rogue and Deschuttes all brewed their own versions of this barleywine as a celebration to the year 1988, the year Fred Eckhardt published The Essentials of Beer Style. North Coast Class of ’88 Barleywine Style Ale was released on April 8, 2013. I’m not sure if more was ever brewed again, but I purchased this bottle in Atlanta in early 2014. I would guess that this bottle is probably about a year old then. I’ve been reading some negative reaction to this beer, but I really don’t see why. This might be a very “typical” Barleywine, but in all the right ways. The beer starts with lots of sweet caramel and a good bit of spicy and citrus hops. I really like how the sweetness and spice balance each other so well. The beer is never too bitter, and is frighteningly drinkable for 10% ABV. Maybe some people were wanting something earth shattering here, and they are probably right, this beer is not earth shattering. That doesn’t stop it from being a really good beer though, cheers to that! 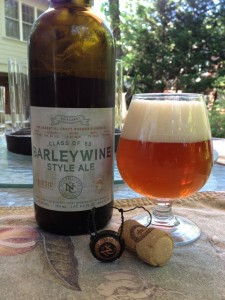