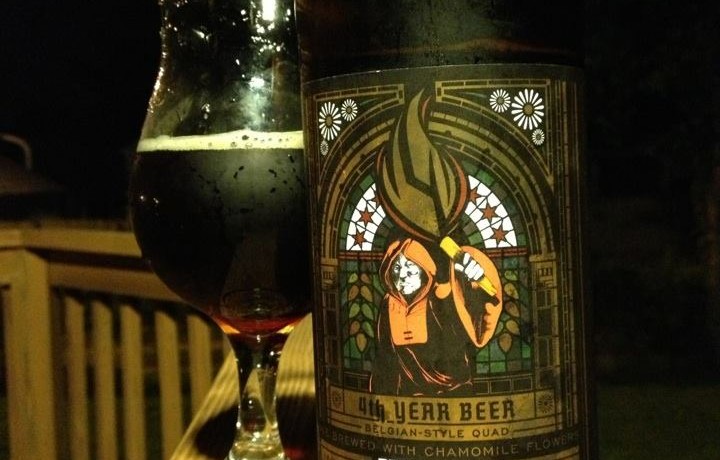 Revolution 4th Year Beer is a Belgian Style Quadrupel brewed with chamomile flowers. This was a last minute replacement in a trade that was already worked out, so having no expectations I went into this with an open mind.

The first thing I taste is the rich dark fruits you would expect from a Quad. Sweet figs and dates are there as expected and then suddenly things change quite a bit. I start to taste a ton cinnamon, which is really odd for the style. After that is a bit of ginger maybe and it hits me… Ginger bread french toast. Seriously. That sweet breadiness that mixes with the sweet syrup is what I taste. I will assume the chamomile flowers play into this in some way, but I can’t tell you exactly how!

This is the kind of beer that a lot of people will taste differently, so I wouldn’t necessarily expect to taste what I did when your try it. Since it is so far from a traditional Quad this beer will probably get a slew of average reviews, but I have to say this was one tasty concoction they created here! 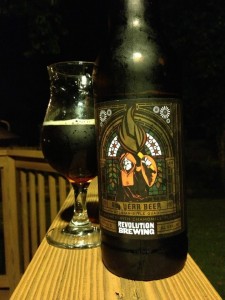