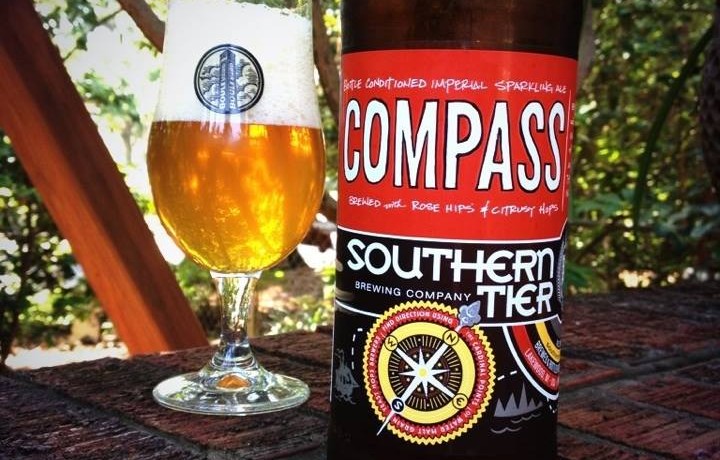 Southern Tier Compass is an American Strong Ale, well actually they call this a Sparkling Ale brewed with rose hips on the bottle. I’ve never heard of a Sparkling Ale before, but I’m up for anything.

This is really nice, sweet and fruity with a lot of floral notes on the nose and in the taste. Getting lots of citrus on the back end: some grapefruit, tangerines, and a bit of tart lemon/lime. The yeast tingles the tongue in the aftertaste, which might be where they got the idea to call this a Sparkling Ale. Coming in at 9% ABV it’s a bit hot, but that isn’t really bothering much with this particular beer.

I’ve gotta say I’m really surprised I enjoyed this as much as I did. I’ve said before that I mostly stick with the darker beers from Southern Tier, but it’s beers like this one that keep me taking chances on their other offerings. 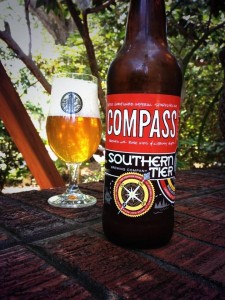