5 Beers For 5 Years Margarita Style Gose Ale was conceived by The Packaging Team. Thankfully I was able to try the last two 5 Year Beers on our summer trip to Florida, they were both available on draft the day we went to the brewery. The taste is just as advertised, salty with a strong puch of lime. It doesn’t actually taste like a margarita, but the idea is insanly clever and well accomplished.

I would say this is a tad bit less refreshing than some of the other Gose beers I’ve had, but that doesn’t stop this from being excelent! 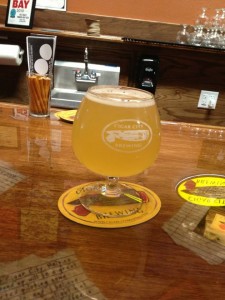