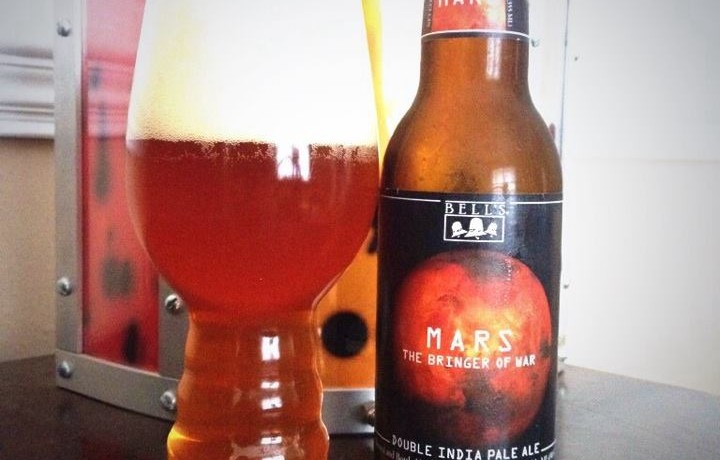 Bell’s Mars The Bringer of War

Bell’s Mars The Bringer of War is an American Double/Imperial IPA, and is a member of their new Planet Series. I was pleasantly surprised to see this show up in Savannah since the word was we were not going to get any.

This pours with a beautiful reddish gold color with a huge fluffy head, reminding me a bit of the red planet. The smell… oh the smell of this is amazing. It smells just like fresh cut, and juicy, pineapple. The taste brings more pineapple and mango as well. That is mixing with some fantastic caramel malt, pine and honey sweetness. The DIPA has just the right amount of bitterness for my tastes, not too intense or overpowering.

I wouldn’t go as far to say I’m stunned. It’s not like I don’t know Bell’s makes some great IPA’s, but I had no idea this was going to be this good! 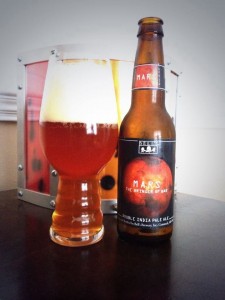