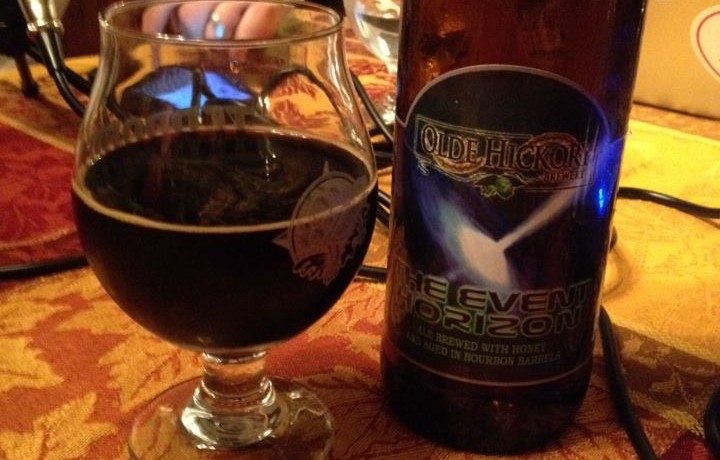 Olde Hickory The Event Horizon is an American Double/Imperial Stout. I got this in a trade quite a while ago and have been sitting on it to share at the right time. After going through the cellar recently I decided it was that time! Lee, Raymond, Andrew and I ended up sharing this for podcast 48.

The smell of this is just divine, yet another another beer I almost want to just smell as much as drink. Roasted malts, rich chocolate and bourbon are filling the air from the four glasses on the table, and it just gets even better as it gets near my nose. The taste starts with a ton of rich chocolate cake, chocolate covered cherries and sadly not as much bourbon as I would have expected by the smell. I am also a bit surprised by some dry roast and and mildly bitter hops that come in about mid-way through the taste. A little bit thinner in the mouth-feel than some of the other great BA stouts out there, but in the end it isn’t a huge distraction. My biggest surprise was that it drank a lot hotter than it actually is. I would have never guessed this was “only” 8.5%, which is relatively low for the style.

For all my minor criticisms, this is an outstanding BA stout, and I would jump at the chance to have this again. 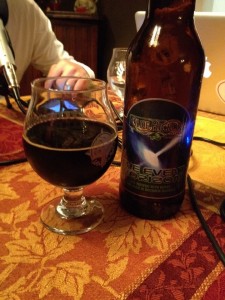