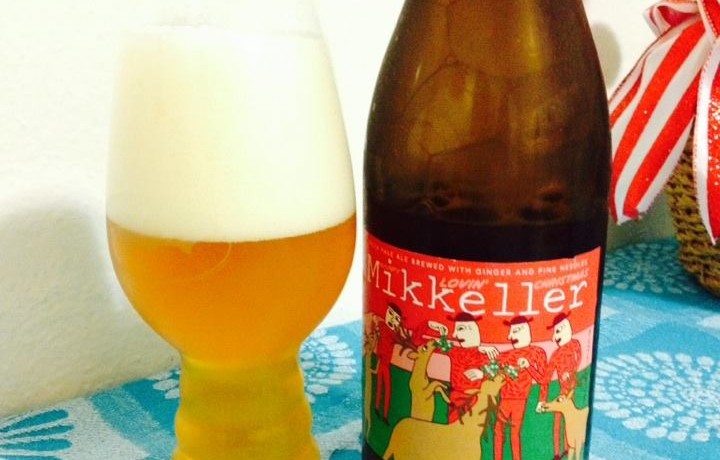 Mikkeller Hoppy Lovin’ Christmas is an American Double/Imperial IPA brewed with ginger and pine needles. Obviously this is a Christmas Holiday type of beer. I found this at the end of 2014 in Florida.

This poured with a huge head from the 750ml bottle. So much so that I was worried in had some kind of infection issues. My first sniff cleared that notion up right away, nothing wrong with this beer at all. A solid offering with what I would call lightness, a bit of a surprise since I was expecting something quite potent given the adjuncts added. A little bit of caramel and nuts in the aroma, not the pine bomb I was expecting. The taste is also light and sweet; notes of biscuits and honey, mild grapefruit, sweet candied ginger, and a floral hop flavor with VERY mild bitterness. This drinks like a session IPA, but packs a 7.8% ABV punch, hoppy lovin’ Christmas indeed!!

I have to say I really enjoyed this even though it was so far from what I expected. 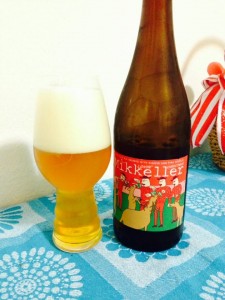