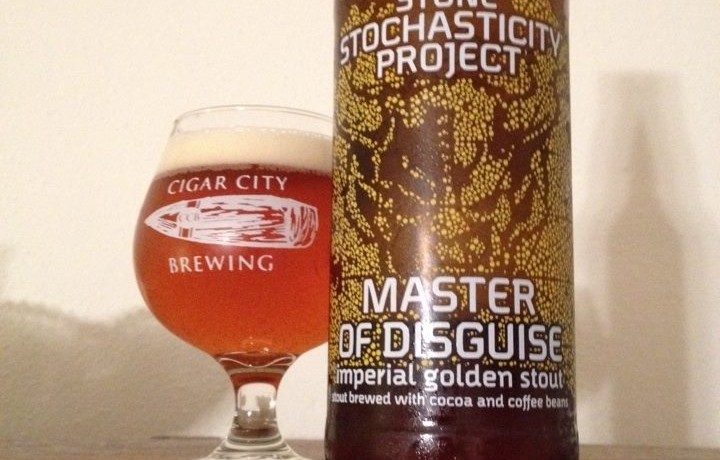 Stone Stochasticity Project Master Of Disguise is an American Stout. Stone has no shortage of clever beers and ideas, but this one just may take the cake. Brewed as an opposite to the Black IPA, this is an Imperial Golden Stout brewed with cocoa and coffee added.

Well the appearance is anything but typical, a light golden caramel color with a nice bit of head. The aroma is almost all coffee, maybe just a slight bit of roasted malt. There is a lot of coffee in the taste as well, followed by some dense malt, a bit of almonds, and a strong showing of rather bitter hops. This drinks more like a solid coffee ale rather than a stout to me.

I did make my wife, who had no knowledge of the beer, do a literal blind tasting of this beer. She said it smelled and tasted like a coffee stout before seeing it, so I’d say mission accomplished! 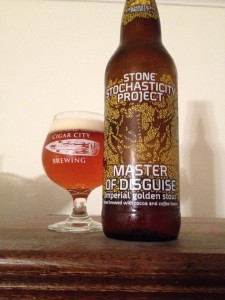