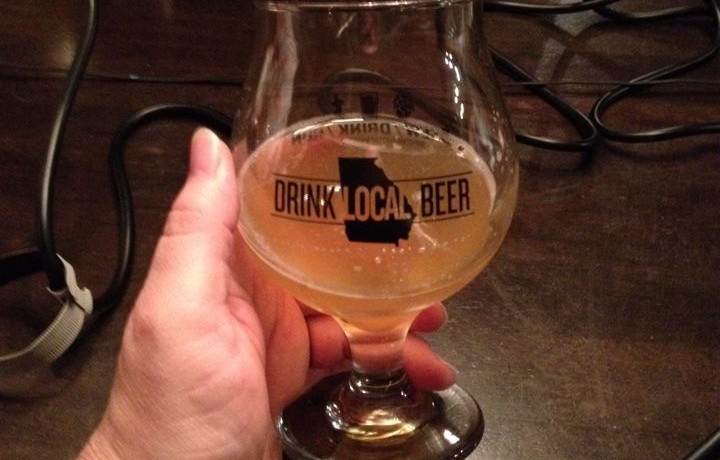 Moon River has a modest barrel aging program, mainly due to space restraints in the small downtown Savannah brew pub. They do, however, choose a beer or two to age for every year in various barrels, which are then blended and kegged. In 2014 Moon River Foras Saison was sent to the cellar to sit in barrels and develop, and now in early 2015 it is ready for us to enjoy!

The base beer was a decent enough if I remember correctly, although I really wished it had a bit more of the Brett funk that it advertised. It seems that a year in a barrel has solved that problem. The aged version has more funkiness on the nose and palate, and a bit of tartness being developed from the Brett as well. Some nice light wood notes and a hint of vanilla as well is being imparted from the barrel.

This is a really amazingly approachable beer, that would be a great place for anyone interested in testing the waters of barrel aging, wild yeast strains or sour beers. Huge thanks to Moon River assistant brewer Aaron for bringing a growler of this for us to review on podcast 62! 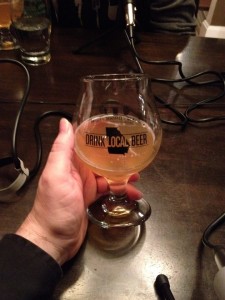