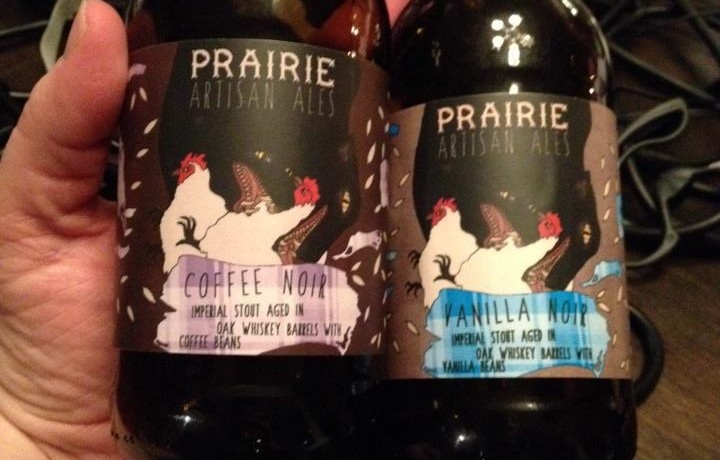 This review is for Prairie Artisan Ales Vanilla Noir & Coffee Noir. Lee was able to track down these two bottles in a trade, and I’m very grateful for the chance to try them. (You can also listen to us drink them on podcast 61!) Both beers are Imperial Stouts aged in oak whiskey barrels. No bottle date is on either bottle, but we are thinking they were bottled in late 2013.

Vanilla Noir: Huge vanilla on the nose, and that is kind of all. Very surprising for a barrel aged imperial stout. The taste is all about sweet, almost saccharine, vanilla. Just a little bit of roast, maybe some chocolate are followed by a very long lingering bitterness that was totally unexpected. It was like the bitterness of acidic coffee mixing with a hop like bitterness in the finish. So strange. As for the whiskey barrel? I neither tasted nor smelled any indication that this was in a barrel at all. I had no expectations for this beer, so there is no way I can call this a disappointment, it’s a solid Imperial Stout. There are many reports of infected/sour bottles and thankfully this one was not one of those. 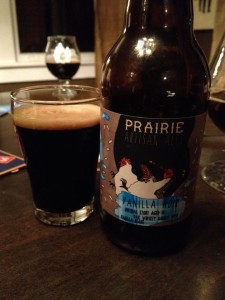 Coffee Noir: Getting tons of fresh coffee beans on the nose. Much like the Vanilla Noir the aroma nails the variant but neglects the whisky barrel or base stout. A bit more balance in the flavor, but the coffee does dominate overall. Maybe getting the slightest hint of the whiskey barrel in the finish/aftertaste. I do love a good coffee stout and this one would certainly make it into my top ten if I made such lists. However, I’m not sure that I would personally want to track this down over something like Founders Breakfast Stout or Terrapin Wake-n- Bake though. 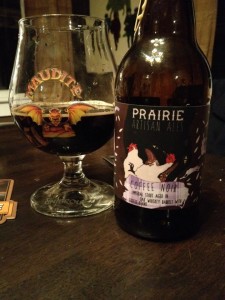