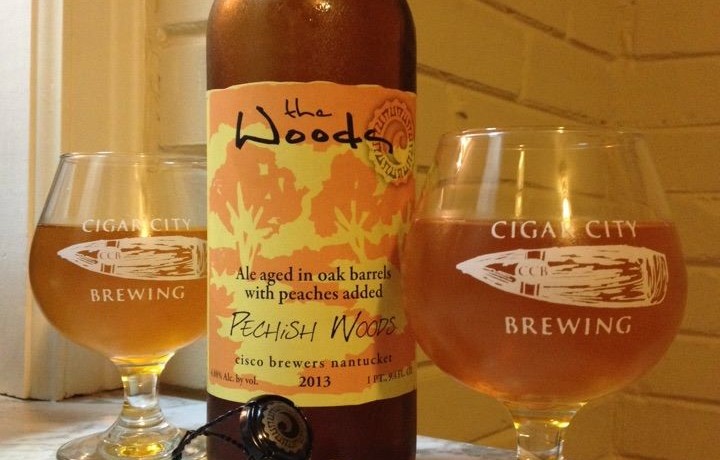 Cisco Pechish Woods is an American Wild Ale. According to the bottle: Ale aged in oak barrels with peaches added, 4.88%. This is the 2013 vintage, opened on Easter Sunday of 2015.

Like every other beer in The Woods series the head was gone after just a few seconds. It pours with a very clear golden color. The aroma lets me know this is going to be just as sour as the other beers in the series too! I’m smelling straight tartness and a little peach and vanilla. The first sip is crazy sour with a good bit of fruity peach coming through. As the beer warms some vanilla and wood notes come out as the sourness mellows out.

This was really rather good. A bit better than Cranberry Woods, but not quite as good as Monomoy Kriek or the original Lady Of The Woods. 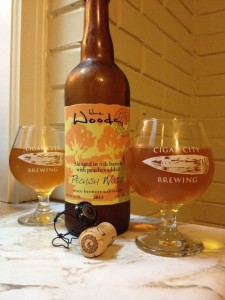