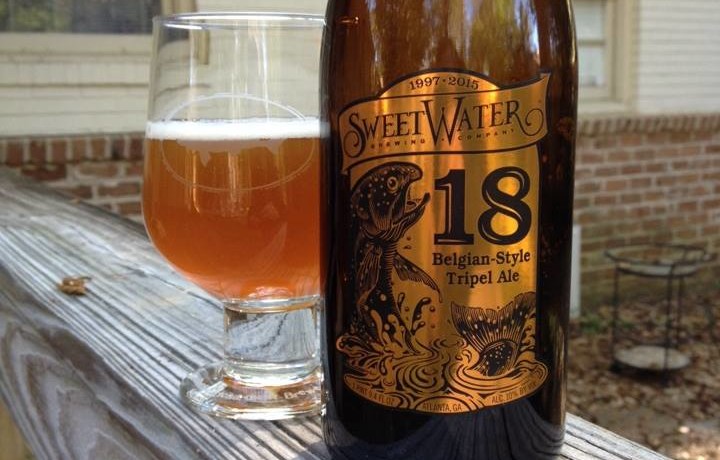 Sweetwater 18 Belgian-Style Tripel Ale was originally supposed to the breweries first Sour Ale, but it was determined the sour ale was not ready to be bottled. To make sure an anniversary ale was released this Tripel hopped up with Centennial, Amarillo and Sterling hops was brewed.

This pours with a beautiful cloudy golden color with a nice bone white head. It’s sweet and bready with a wonderful fruity yeast aroma. The taste is very similar to the aroma. The fruity yeast is in the forefront, sweet bready backbone. There is a nice spicy hop pressence on the finish as well which is creating a really nice balance just at the end of the taste.

Totally surprised by this one. I’m not the biggest Tripel fan, but mark this as fantastic in my book. 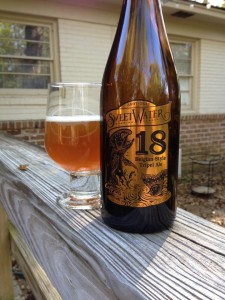