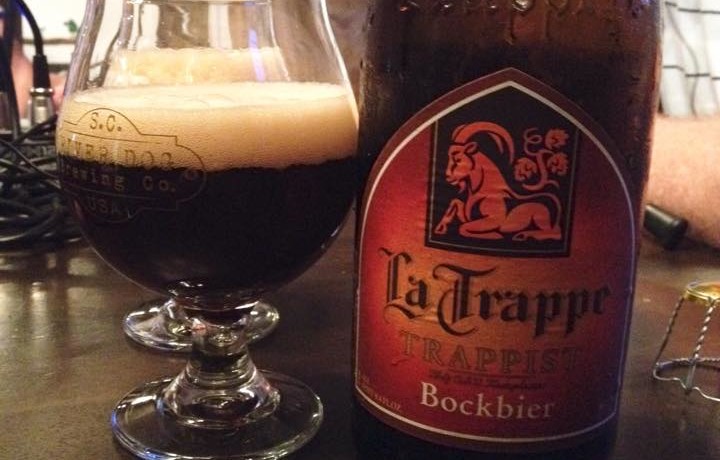 According to the bottle La Trappe Bockbier is the only Trappist brewed Bock, it is 7% ABV. Not the kind of beer you might expect from a traditional Belgian brewery, but then again it is also refreshing to see more than the typical Belgian four being brewed by a Trappist brewery too.

This pours with a nice dark reddish color with a good bit of caramel, reminding me of a darker cherry cola maybe. The aroma on this is great, rich malt and a bit of caramel and banana. Not the big sweet malt bomb I was expecting in the taste though which is a bit of a surprise after smelling it. The taste is really quite dry with some mild peppery notes, Belgian yeast and some very mild Bock maltiness.

Super unique and very enjoyable, big thanks to Kevin for this one from his Rare Beer Club box! 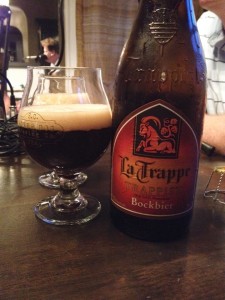