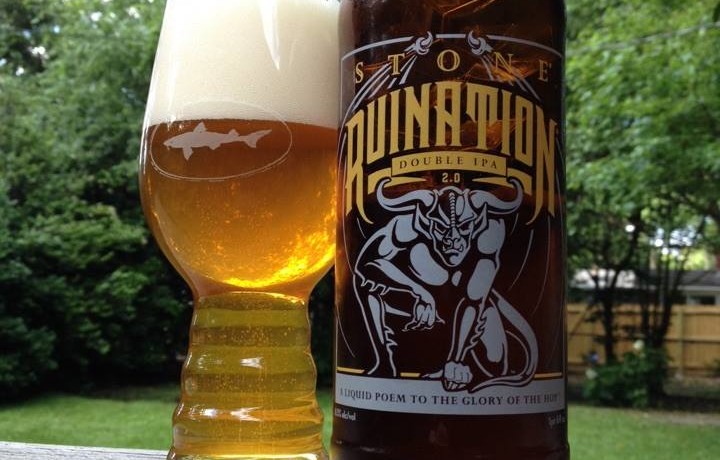 Stone Ruination 2.0 is an American Double/Imperial IPA. I was feeling a bit surprised and disappointed by the announcement that Ruination was being retired. Then again, I understood. I mean when was the last time I picked it up at the store? Even though it was a near perfect mouth wrecking hop bomb, tastes are changing. I was also excited to try the new take on it released just a few weeks later!

The color and clarity on the pour is phenomenal. This is lightly golden with hints of lemonade yellow around the edges, crystal clear. The aroma seems a bit more subdued than the first incarnation of this beer. I’m smelling some good pine and citrus, but not much else. The taste is a lot less aggressive than the original Ruination. A big rush of pine starts the taste, followed by some solid citrus and a much more assertive sweet caramel malt profile. The mouth tingling bitterness of the old recipe is gone, but there is still enough to go around for my palate. Fantastic aftertaste leaving a bit of bitterness and some dry/earthy pine.

I always appreciated Ruination for it’s accomplishment more than the overall drinking experience, which might explain why I didn’t buy it very often. The new Ruination 2.0 might leave you a bit less ruined, but it is much more drinkable and balanced overall. This will certainly be a disappointment to some, and worth celebrating for others. 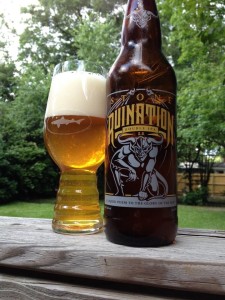