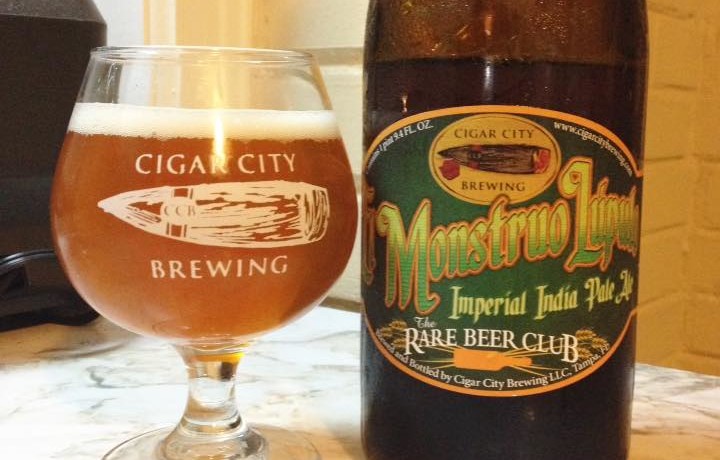 Cigar City Brewing El Monstruo Lúpulo is an American Double/Imperial IPA. This was an exclusive beer released through The Rare Beer Club in 2014. (I got a hold of this after a mandatory beer clear out at work) Is a year old, 9.5% ABV, Cigar City Imperial IPA aged on cedar and spruce wood even worth a try? It is in my book! Keep in mind: I have never had this fresh, and it is not the kind of beer I would recommend aging. Ever.

The appearance is still good, not a huge head but I like the clear golden color. The aroma has probably really faded at this point. Sweet and malty with some cedar holding on for dear life. (I have had several other cedar aged beers from CCB before, I am going to guess the cedar aroma was once HUGE on this) The taste isn’t all that bad for a year old DIPA, probably thanks to the high ABV and wood aging. Sweet malt to start with a lot of caramel. The cedar is still in the taste as well, big time actually. I feel like there is still a nice little bit of hop bitterness hanging in there as well. Hints of grapefruit and a little spruce like pine on the finish.

I seriously have no business reviewing this beer at this point, I’m sure it was much better fresh. But all in all it really wasn’t that bad after a year, I just couldn’t stop myself from posting a review! 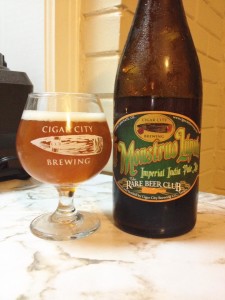