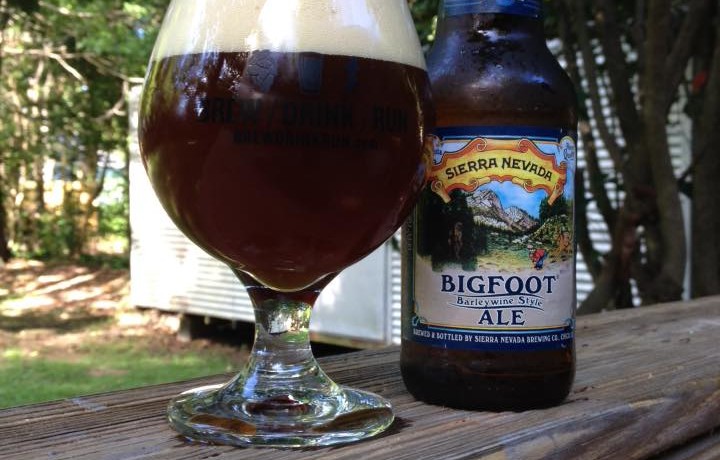 Sierra Nevada Bigfoot is an American Barleywine, 9.6% ABV. After several years of experimenting with the aging of this beer, I finally have it down to a (personal) aging science. I do not even touch this beer until at least a year old. Two years? A bit too much. (I do have a single bottle set aside for extended aging). This review is for a 2014 bottle aged about 1 1/4 years.

This pours with a good appearance for a barleywine, slightly murky after a year, but it has a great caramel color. There is also a big giant off white head that was a bit surprising after a year of age. I’m getting a lot of that classic Sierra Nevada hop spiciness in the aroma, add to that a good bit of sweet caramel as well. Although still rather hoppy, the taste isn’t nearly the mega hop bomb that a fresh bottle is. I’m getting a lot more caramel sweetness after 1 year. The hops aren’t gone but not nearly as pungent, this is still a big hoppy Barleywine. For me a year of patience gives this some needed balance as compared to a fresh Bigfoot.

As much as I love this beer, it is something of a mystery that I’m only just reviewing it. 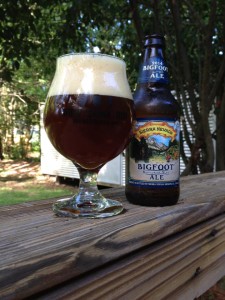