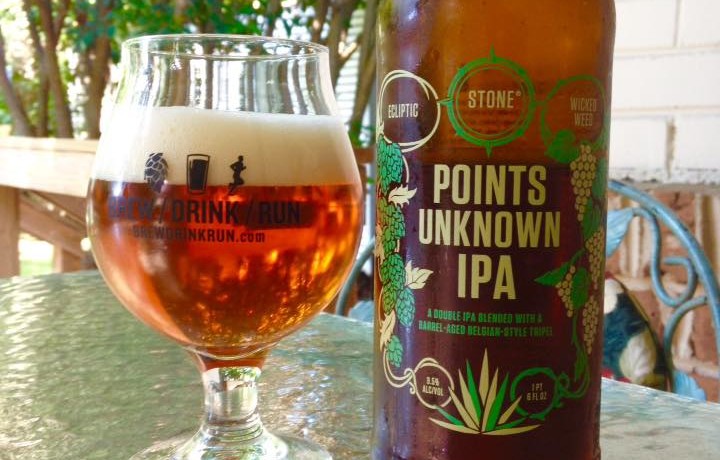 Stone Points Unknown IPA is an American Double/Imperial IPA, 9.5% ABV. This collaboration with Wicked Weed and Ecliptic is actually a blend of a fresh Double IPA and a Barrel-Aged Tripel. The barrels used originally housed red wine, followed by tequila before the Tripel went into them.

This pours with a rich dark caramel color with some dark red hues. Perfect white head on top and so amazingly clear. The aroma is more DIPA than Tripel to me, big malt forward sweetness, tropical fruity notes of mango and pineapple, just a hint of Tripel booziness on the nose. At first I thought the DIPA would dominate the taste as well, but this has surprising balance between the two styles. The same sweet malt comes first, with notes of caramel which is followed by some nice spicy hops. This beer has a lot of complex flavor notes, a bit all over the place, but definitely complex. Tasting Belgian yeast/banana, honey, some grapefruit and black pepper. The finish is all alcohol burn followed by lingering dry oak.

I’m not sure how they managed to make this work, but at least for me this strange conglomerate of flavors is extremely enjoyable. 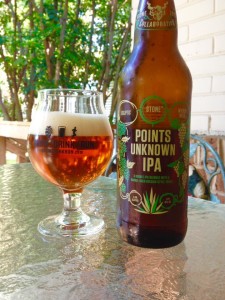