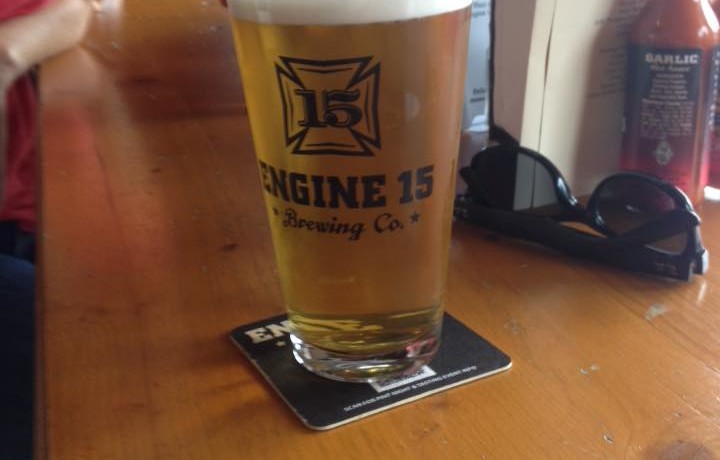 Cigar City Brewing Cervezas Frescas: Horchata is an American Strong Ale. I can’t say that I have ever actually had Horchata, but it does sound like a tasty drink. According to our friend Brian this tastes just like it, so I got a nitro pint of this at Engine 15 in Jacksonville Beach.

So I was very surprised by the color of this beer. It looks like a Light American Lager or a Blonde Ale, not expecting that! The aroma is sweet and spicy, lots of cinnamon, vanilla and nutmeg. I’m tasting some sweet rice milk, nutmeg, cinnamon. I was getting a fruity flavor I couldn’t quite grab until Melissa took a sip and said apple cobbler. Spot on. This did taste almost exactly like a sweet apple cobbler.

Not the kind of thing I would order a lot (in fact as sweet as it was I didn’t quite finish my pint before we left), but this was an impressive creation that I am very glad I decided to try.